Growing tomatoes on perlite, why not?

Tholen - “A few days after the planting, the roots were already in the slab.” For tomato grower Pieter Hoogerbrugge, of Kwekerij Hoogerbrugge in Lepelstraat, this is remarkable. He is growing on perlite together with his brother Erik for the first time this season.

Fellow grower Peet Withagen, of the Zonnekreek tomato nursery in Moerstraten, is already used to rooting happening quickly, even despite the dark weather of early December. He has been growing tomatoes on perlite for years and doesn't want anything else.

The greenhouses of both growers have the new slabs from Willems Perlite. The perlite producer invested in a new oven. Perlite is puffed volcanic rock. With the new matting machine, the company can now produce perlite slabs on a large scale. We took a look accompanied by salesman Kurt Lauwers. 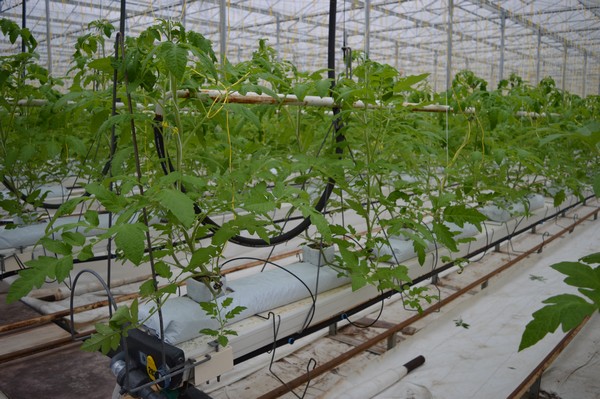 Planting directly on the mat
We first visited Lepelstraat, where Kwekerij Hoogerbrugge replaced rockwool slabs for perlite ones. Pieter explains why. “I've been monitoring the crops of colleague Peet in recent years and have seen that those planted on perlite always do very well. Perlite is also a bit cheaper to purchase and to dispose of (they are recycled in compost). This means that you can obtain high productions at a lower cost, which is just what we wanted.”

It was introduced directly in both greenhouses. In a sense, this is a risk, Pieter admits, but: "I've seen enough to make this choice." So far, he has seen that the plants on perlite pots immediately take root well on the perlite slab. “I believe that this match between pot and slab is very important. You immediately see the pot properly 'sucking' on the slab. Another advantage is that you can plant directly on the slab. So you don't need a preliminary phase on a sheet, as when growing on rockwool.” 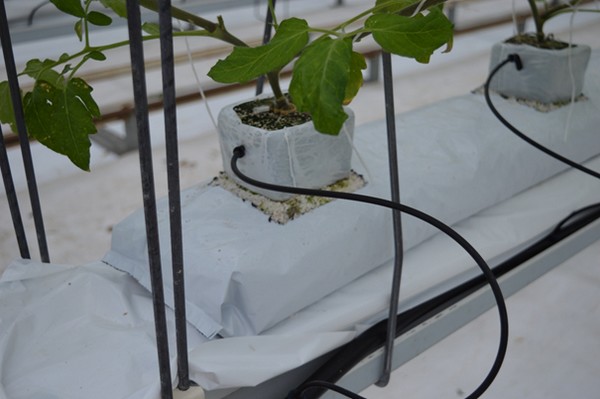 Kurt says that this so-called capillary effect is typical of perlite; a natural product that always has this physical property by itself. “To further stimulate this, the perlite in the pot is just a bit finer than in the slab. There the grains are about 1-3 millimeters thick." 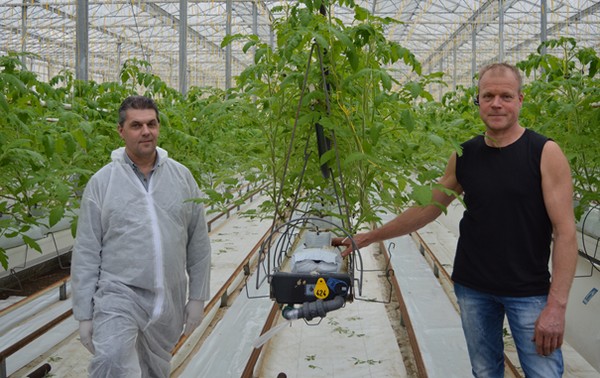 Kurt and Peet in the greenhouse at Zonnekreek, where Peet grows loose tomatoes on perlite. This year, 4 ha of Sunmaxx and 2 ha of HTL1804289, with sowing on 29 October and planting on 4 December.

Better control with moisture
For Peet, the capillary effect is the main reason why he has already been growing on perlite for "at least fifteen years."

Perlite gives Peet much better control. This is an advantage in dark weather, as is the case in early January. “Then you want to control the moisture in the slab even further in order to force the flowering, because you are pestering the plant a bit. On perlite, you can go much further in this sense. Afterwards, from the fourth to fifth truss, you can start giving more water.” 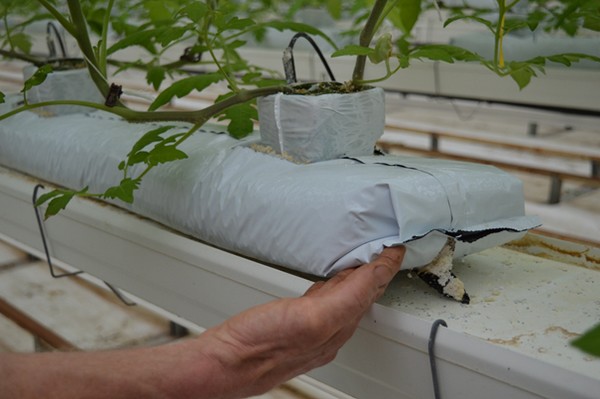 Peet always cuts the slab as a precaution

As a precaution, Peet always makes a cut, or actually a little f, in the head of the slab. “This keeps the slab airy, especially if you are going to be draining a lot. It is then always necessary to be careful between trusses four and six, so that the plant does not become too vegetative.” Kurt has seen other growers making such cuts sometimes, also in other crops; certainly not unwise, although the slabs are already equipped with holes for moisture as a standard.

Worldwide
For Peet, this is is clearly "a very simple substrate," with a reputation of being "a dry substrate" that he believes is unjustified. “I once had a broken unit and the plants on perlite did very well even on a very hot day. Puzzling with dripping amounts to get the water content back to level is also not necessary at all. You add water and the slabs acquires the right moisture again.” 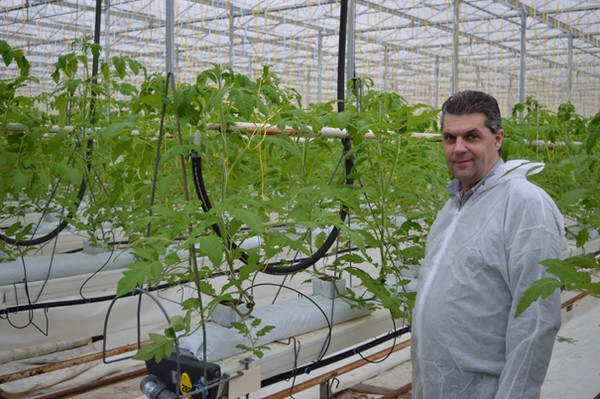 Kurt in the greenhouse at Zonnekreek

Pieter and his brother Erik will be experiencing that this season, just like more and more other growers of all kinds of crops. The Netherlands has long since ceased to be just a 'rockwool land'. “Internationally, a lot is already grown on perlite. After all, it is simply a nice, natural product, which is also available worldwide,” says Kurt.