CambridgeHOK has appointed experienced Priva climate systems specialist Elliot Court to add to its growing team supporting the horticultural sector across the south of England.

Mr. Court has spent the past four years working for a West Sussex-based automation company, where he has installed, commissioned and maintained sophisticated climate control systems on many large scale commercial glasshouse developments. 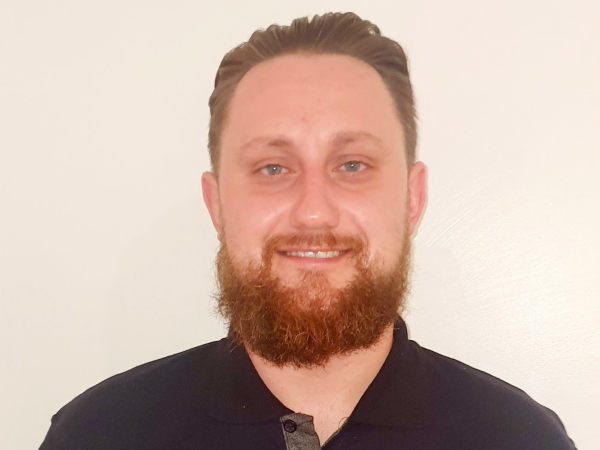 His appointment follows that of highly-experienced commercial glasshouse grower Alan Frampton as head of sales in the south. It also comes as the firm is set to announce details of a new office for its southern work.

Head of Commercial, Patrick Harte, says Mr. Court’s appointment has added key expertise to the team given the increasing amount of glasshouse work being secured in the south.

“We’re delighted to have Elliot on board as he has an excellent reputation within the industry and has knowledge and experience of using Priva in some of the biggest glasshouses in the UK and abroad,” he said.

“Experts in Priva systems are a bit like gold dust in this industry, especially in the south, so to pick up somebody like Elliot, who has experience of installing, maintaining and updating Priva systems, is a real coup for us. We feel we have unrivalled expertise in these systems in the UK now.

“Both Elliot and Alan Frampton know the southern market very well and are keen to build a local platform to better serve our customers in the south of the UK.”

'World-leading climate control technology'
Mr. Court says he is delighted to be joining CambridgeHOK given its long-established reputation, and its emerging presence in the south in recent years.

“CambridgeHOK has been a name which has certainly become more prevalent in the south in recent times and I was aware of them winning a major glasshouse contract recently when it was up against some long-established southern specialists,” he said.

“I think that represents how it is respected as a leader in the industry for having all required areas of expertise, so when the opportunity came to join the business it was something that appealed to me.

“The job also appealed because CambridgeHOK also use Priva systems in building management systems beyond greenhouses, which will add something new to my role.

“The company is very confident in its ability to continue expanding in the south and both Alan and myself have good relationships with many growers. We both know how important it is to create the right environment for growers, and I would say that my role has almost developed into a middle man between growers and Priva over the years.

“They often request for tweaks and updates to the systems to best suit their specific crops and I have the relationship with the technical people at Priva to feed this back to them so they can include new ideas when updating systems each year. That communication is key to ensuring everybody gets what they need.”

Control systems developed by CambridgeHOK using Priva software belong to the client, but ongoing support and servicing is provided by its specialist team.