Within twenty seconds, you can see how a grower's crop is doing just by looking at their face, as is the experience of René Zwinkels. He is an ex-tomato grower himself and currently works for Axia Vegetable Seeds in, among others, the Polish market.

There he saw a 3.5 hectares greenhouse this summer belonging to a grower filled with Xaverius that kept the variety doing well despite the extreme heat. “This results in a high production, a good quality, and above all, continuity and reliability later in the season.”

Large
Xaverius is a variety of large vine tomatoes, and most growers in Poland cultivate varieties with an average fruit weight of 130 to 250 grams. “A large segment of the market is dedicated to pink tomatoes, followed by large vine tomatoes, large single tomatoes and beef tomatoes. Apart from some (large) growers, you hardly see any specialties”, is the experience of Krzysztof and Grzegorz Zdunek, who regularly go around the various trial projects and are the first growers in Poland with a greenhouse full of Xaverius.

First grower goes completely for Xaverius
Zdunek is the first grower in Poland that had a full Xaverius production. “In 2019, we did a trial run with the variety at one of his greenhouses, and that went so well that he decided to fill one greenhouse with our variety this year”, says René. “The variety was planted at the end of December.”

Just like in other European markets, there is a constant shift in variety choice with growers. According to René in Poland, this is partly because the main variety grown in Poland, large vine tomatoes, has some trouble with the heat in the country, which at times knows an extreme continental climate. 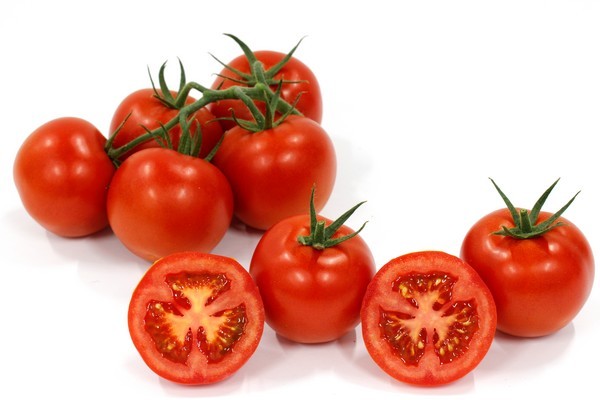 According to René, Xaverius provides flat trusses that are packaged more easily. “It also comes in handy during harvesting, causing the harvest standards to go up.”

Coloration later on in the cultivation
During a visit at the end of August, René made photos and videos of the crops with Xaverius. “I quickly looked them up and down and checked the upper and lower four vines. There you can see the plant load is good and the fruits are coloring nicely.

The grower used to have some trouble with green tips, but now everything is one hundred percent nicely colored. Xaverius provides a strong, open, and generative crop with a very regular vine placement, even in warmer periods. The variety is also not sensitive to tip rot.”

Optimistic growers
Last week, René was in Poland again, where he, unfortunately, isn’t able to visit growers easily due to the Tomato brown rugose fruit virus (ToBRFV). “Luckily, Zdunek is still available, but we still regard all the current hygiene- and corona measures, of course. It is amazing to see that the grower, who runs the company together with his mother, is so satisfied.

Visiting them, you have a cup of coffee while his mother talks about her tasks, one of which is germinating seeds and about the company’s other greenhouses where our Prunax variety is grown. Even the loose tomatoes are selling well, though this year might not be the best in terms of pricing. Due to their good harvest, the growers were very optimistic.” 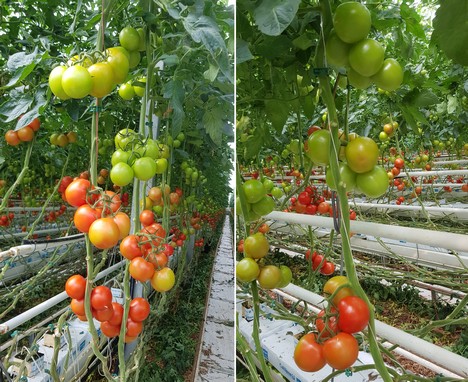 Support
In order to support the growers in Poland even better next time, René will start working with a new Polish colleague this fall, Katarzyna Kaczmarek. "I explained to her how we approach growers, how we work as a team to tell Axia’s story, and what developments we went through. She will be able to help me when visiting the growers etc.”