A green-thumbed dad has broken the record for growing the United Kingdom’s biggest tomato – with the help of a pair of sheer tights. Douglas Smith, 42, spent more than two months carefully growing the giant tomato, which weighs a whopping 6.6 lbs. and is actually six regular beefsteak tomatoes fused into one.

The huge fruit, which had to be suspended using a pair of tights so it did not fall off the stem, weighed in at a whopping 6.85 lbs., and measured 27.5 inches in circumference. It was grown from a seed from a variety known as Big Zac. 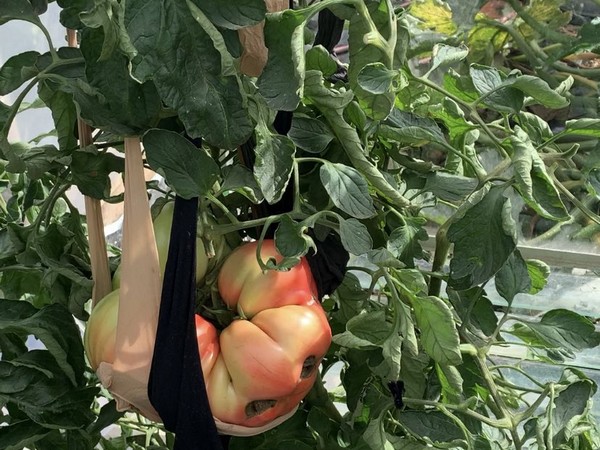 Smith’s monster has edged ahead of the previous U.K. record-holder, Peter Glazebrook, whose record-winning tomato last year weighed 6.4 lbs. “This has been an ambition of mine for a couple of years, now,” Smith, from Stanstead Abbotts, England, said. “Giant tomatoes have been my main focus in terms of competitive vegetable growing.”

He’s made two previous attempts, but he was bested by Peter Glazebook. “And my attempts have been just shy of his each time, he said. “But this time, I’ve finally edged it.”