Niels Koolstra about the development of Eminent Seeds:

“We only develop special varieties"

Just over 35 years ago, Jan van Heijningen established Eminent Seeds. Nowadays, the company is unique in the varieties it breeds, and known all around the world. Eminent Seeds is now a part of Best Fresh, but the mission and vision never changed. The company is not the source for varieties with 3% extra yield. "We develop special varieties that excel and are distinctive in taste, form and colour. Varieties that are more and more in demand." Throughout the years, the company grew from 300 m2 in a greenhouse where all the breeding work was done to almost two hectares with four compartments, each with their own controllable climate. 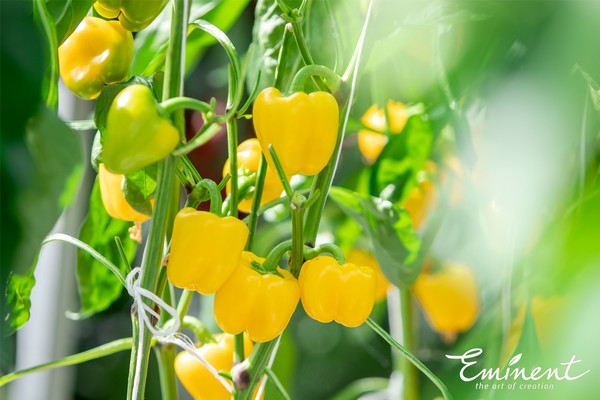 "We work all around the world. There are some countries in which we sell less, or not at all, due to local viruses our varieties aren't resistant to. But other than that we have trials in a lot of places. We have to go there to see the trials and also to sell them, eventually. At the moment, it is unfortunate that we can't see or talk to customers." The company does try to communicate a lot via online media, video calling and online events. Where they usually go to a lot of trade fairs, they have now hired a vlogster to make fun items and video material of the crops. Eminent Seeds sends newsletters to growers, is active on Youtube, LinkedIn and Facebook. "Basically, we want to provide growers with information. A pepper grower receives news about peppers, a bell pepper grower about bell peppers. Also, we want to show what we are doing and what people can expect from us. We love to get response from clients, we want to be close with our growers."

New varieties
How does a new variety get in the market? Niels tells that Eminent Seeds has built strong relationships with growers around the world. "They are willing to think about how the product has to look, together with us. If we do something with those ideas, growers are also willing to cooperate in the introduction of the variety. That's a pro of the small scale of our company, we can be very flexible toward the customer, easier than large companies because they are often organised more strictly." The first one or two years of the introduction of a new variety, the company gets some seeds (20 - 50) to a number of growers in different countries. The grower checks the plants, compares them to the variety he already grows, and gives feedback on what quality he likes and/or dislikes. If the test results are good a grower may continue, at first with a limited number of plants, and later on maybe even on a larger, commercial scale. "What also sometimes happens, is that we make like fifty different crossings for a grower and make a trial of those. That way, we can see what the favourite one is." 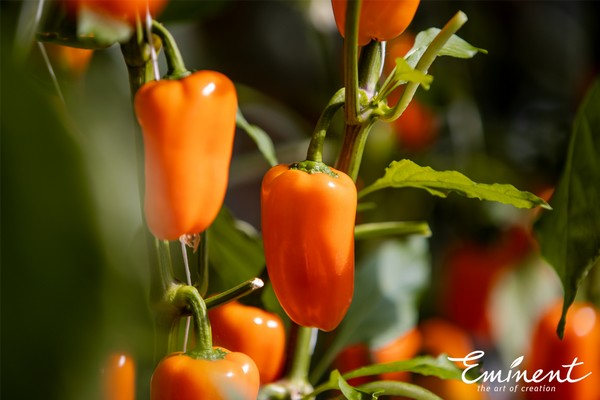 The company now sells her special varieties around the world. It all started with the breeding of the Tinkerbell, the baby block bell pepper. This was the first product Eminent developed which their own growers grew. Starting there, they collected varieties all around the world. "You buy a tomato, a pepper, and with the seed out of it you start breeding." That yields quite special varieties, with influences from all around the world. "Growers in areas with similar climate as the Netherlands - among others Australia, Poland and Canada - have discovered our products and they sell really well there."

Convenience products
A few years ago, Eminent Seeds introduced the smallest tomato in the world: the Tomberry. This tiny tomato is about 1 by 1.5 centimeter, and weighs two grams. "With a good marketing and communication towards consumers, products like this really catch on. They need a good positioning." 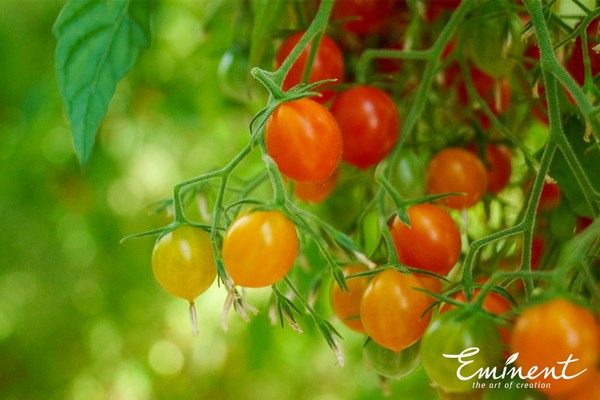 In North West Europe, products like these are harder to sell than in, for instance, the US and Canada where people are willing to pay more for an innovative, decorative convenience product, which can be used without slicing in a salad or on a pizza. The snack vegetables trend grows fast, and continues this growth. In Poland, the Tomberry is mainly positioned as a snack tomato for children, who love them. "Same thing goes for the Snack bell pepper. We have a competitive variety in all three colours, which meets demands from both grower and consumer. For a grower it's important that the variety doesn't require too much labour, that the shelf quality is good and, preferably, a lot of kilograms per m2. For a consumer the taste is important, the veggies have to be sweet and not have too much seeds in them."

Baby block bell pepper
Like the 'regular' bell pepper you find in any supermarket, but it's little brother. That's the baby block bell pepper, which is sold in seven different colours. "We've bred this bell pepper on taste, shelf life, cooking and production per m2." In these kinds of varieties, production was never that important, it mainly had to look nice and have a good flavour. But with a higher production the grower can make more money and sell the product for a better price. 25 kg/m2 isn't an exception anymore.

Chili peppers
The consumption of peppers is also showing a positive trend and Eminent Seeds is happy about it. "We have multiple hybrid varieties that have past the screening period and are grown on a lot of hectares worldwide. The Fresno, Habanero and Jalapeno." The main difference in peppers is the heat, which is measured in Scoville units, the amount of times it has to be thinned to get to 0. For instance, the heat of the Carolina Reaper that's often used in Eastern and Mexican cuisine is 2.4 Scoville units. 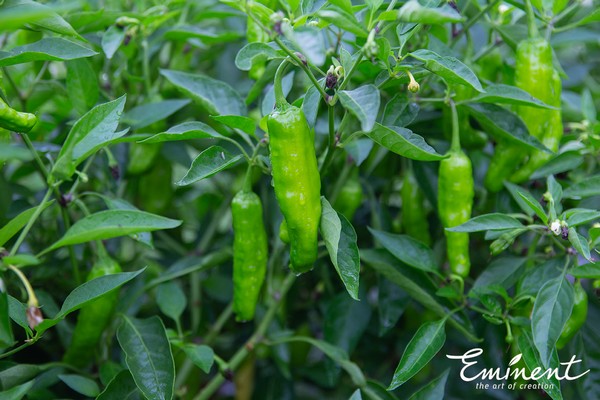 "In pepper breeding, the most important things are production and shelf life. Our Habanero now has 30% extra production per m2 in a lot of places in the world, due to a higher average fruit weight and excellent fruit set. More and more growers come to us for that." In the Netherlands the market for peppers is relatively small. In England and Spain it's much larger, as it is in Australia, where almost all of the varieties from the portfolio are sold. "Consumers are very enthusiastic about it."