The unique Dutch cultivation of watercress

You can often find watercress on menus in France and England. Watercress soup is a particularly well-known dish. But watercress farmers are few and far between in the Netherlands.

Dutch consumers are, therefore, not as familiar with this product. It's often mistaken for garden cress. But, it is available in that country. Walk into a Dutch natural store or organic supermarket, and you'll find Kwekerij De Klispoel's watercress.

Cindy Vermeulen and her husband, Ivo van Eck, run this organic nursery in Ubbergen. Cindy's father, Norbert, founded the farm exactly 50 years ago. He can often still be found there, lending a helping hand. 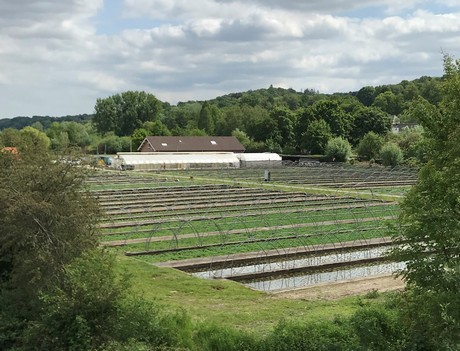 Harvesting to order
At the nursery, harvesting the watercress starts the day at 07:30. Within two hours, it's packed into 75 to 100g bags in the nursery's own packaging facility. It's sometimes mixed with lettuce. "Watercress has a short shelf-life," says Cindy.

"If you leave the harvested product for too long, it starts fermenting. That's why we only harvest to order. We supply nature stores three times a week. The supermarkets collect their orders every day."

Watercress finds its way to the hospitality industry via wholesalers. That, however, happened somewhat less in recent months. "Cruise ships form a large part of our sales. But hat came to a complete standstill in recent months," she says.

The reason watercress is hardly grown in the Netherlands, is the country's lack of the right natural resources, says Cindy. These are essential for this kind of cultivation. "Watercress has two kinds of roots and need both soil and a shallow layer of water."

"These limited resources can only be found in Dutch protected natural areas," explains Vermeulen. "That's why we can only farm organically. These resources are plentiful in France and the UK, as well as Belgium. So, watercress can be grown on a larger scale there." 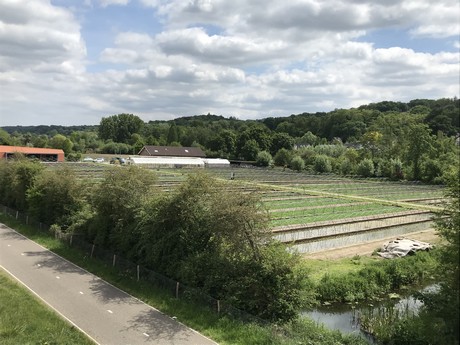 Trout farm
In June, it was 50 years since Norbert Vermeulen started growing watercress. "My grandfather was a wine merchant and had a trout farm. He supplied chic neighborhood restaurants. One of the restaurant owners asked if he'd cultivate watercress."

"Importing was expensive, and there was a brook close to the trout farm. Grandpa wasn't very enthusiastic about it," says Cindy, "but his son, Norbert, was interested. In 1970, Norbert sowed his first little plants in the brook that fed the trout."

It suited him well. And when demand increased, Norbert rented a plot in the town of Wijchen. The water's quality meant he could only grow limited amounts. So, when a piece of land became available in Ubbergen, he jumped at the chance.

That's where the nursery is still located. "It's a good place for watercress. The town is at the foot of a weir with lots of water. Here, watercress even grows naturally in the ditches."

Spicy pesto
Watercress has a characteristic spicy, sharp flavor, similar to radishes. People use it as a leafy vegetable, and you can find it, just like arugula, in a mixed salad. But it's trickier. "The spicy flavor means it's also considered a herb," continues Cindy.

"You can use it to make delicious pesto or herb butter. Watercress is made up of leaves and a stem. The stems are edible, even in salads. However, once you heat watercress, not much of the leaves remain."

"You use only the stems in warm dishes. It gives a good body and tastes just like the leaves. You can, for instance, stirfry or process them into soups and sauces. The spicy flavor dissipates when you heat watercress. So, children often like it too then," she says.

'Bitter in the mouth's good for your health'
Over time, watercress is becoming better known in the Netherlands, especially for its nutritional value. For example, a book was recently published. Written by Thomas Dijkman, it's entitled De geneeskracht van waterkers (Watercress' healing powers).

He has a previous book called De 45 meest geneeskrachtige groenten (The 45 most medicinal vegetables). After this one, it seems there was still enough to say about watercress' healing properties. "Bitter vegetables are very healthy."

"The bitter flavor is due to the plant producing antibodies," Vermeulen explains. "Those are the exact substances that are good for us. The old Dutch adage, 'bitter in the mouth's good for your health,' wasn't said without reason." 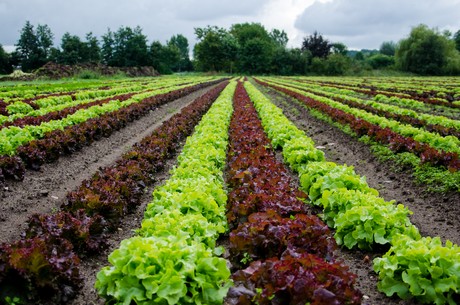 Lettuce
De Klispoel doesn't only cultivate watercress. Since the 90s, they've also been growing lettuce, outdoors. "We clean the watercress greenhouses in the spring. In the past, farmers would come and collect the plant waste to use as compost."

"Then, that was no longer allowed without certification. So, we had to find a way to process this plant waste ourselves." The adjacent plot of land was available, so they decided to start a new farm. There they used the plant waste as compost.

"With a seed supplier, we tried growing baby leaf lettuce. Back then, we were the only Dutch nursery that supplied that," the nursery owner says. "When other nurseries started growing this product too, we switched to young outdoor lettuce. This plant has somewhat larger leaves but is more flavorsome." 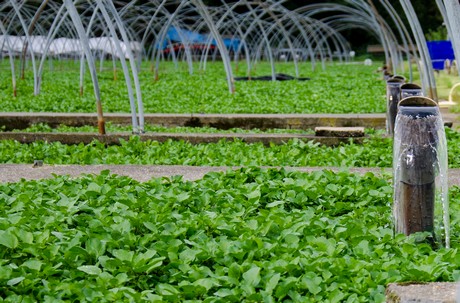 They also cultivate other varieties in their greenhouses, but, according to Cindy, these taste really different. "With outdoor farming, plants have to defend themselves against all kinds of elements. That creates antibodies."

"The leaves thicken, and the lettuce is more fibrous. It contains more vitamins and antioxidants and has a higher dry matter content. The taste becomes more intense, too," Cindy concludes.