"An electrical engineer from Switzerland, Roland liked to joke that he could work anywhere, since he lived in Costa Rica and had a Mexican wife. Indeed, over the 25 years he spent supervising greenhouse construction, he travelled almost all around the world! From Colombia to Argentina, via Mexico, Chile, Europe, Armenia, Kazakhstan and Japan. Making a list of the countries he worked in would take too long, but I do remember him telling me that he had even carried out a project with Richel in Patagonia, on the island of Punta Arenas. The wind was so strong that the trees there were growing horizontally. The only vertical thing you could see was the post of our greenhouse… 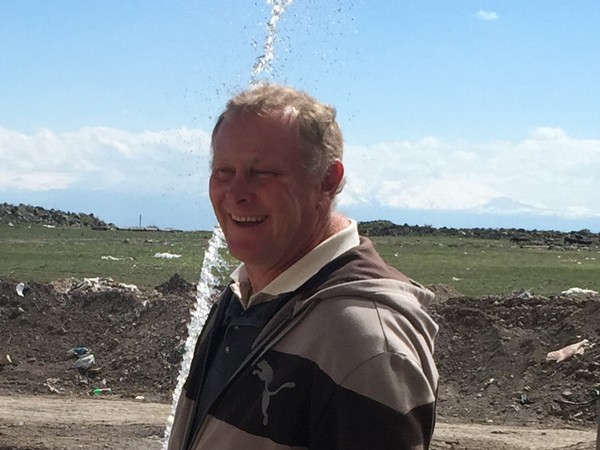 "Not only was Roland a brave man, he was also very skilled and a fast learner. With his electrical background, he rapidly got to grips with greenhouse equipment. Learning about greenhouse construction was like a game for him, or more precisely, it was a maze. Rather than just applying the same method over and over again, he was constantly thinking about how to make it more efficient. Not only was he often a good friend on the construction site because he was so skilled and could pick up on so many details and mistakes, but he could also always provide a solution.

"Building a greenhouse is like playing chess under a time limit: you have to anticipate problems but you don’t have much time in which to do so. This is why Roland ended up creating huge monitoring charts on Excel to track 300 different tasks for a project and to monitor the progress of 200 workers on a weekly basis. Perhaps you’ve heard about Swiss clocks – well, now you know how the Swiss monitor greenhouse construction!

"Roland passed away last week from a heart attack, at his home in Costa Rica at the age of 56. He was a humble, unassuming person, always loyal and highly trustworthy; he fought a great deal for the success of our clients. These compliments would have made him uncomfortable but, Roland, we couldn’t let you go without saying thank you for these things!

We send our deepest condolences to his son and his wife."