"It's not about high tech, it's about the right tech"

India is a huge market for fresh produce. With its population of almost 1.5 billion, a third of whom are vegetarian, it makes a lot of sense to build vegetable greenhouses there. In recent years, Indian growers have been getting more tech-savvy as well, offering opportunities for companies that can offer them the 'right tech'. That's where the Dutch come in. The Netherlands Enterprise Agency (RVO) are working together with India to address shared societal challenges in the field of Climate Smart Agriculture (CSA). A series of webinars, leading up to a digital mission in September, dives into various subjects relating to CSA. One of them was all about greenhouses.

Following an introduction by moderator Tarannum Kadarbhai, India Representative for PUM Netherlands Senior Experts, it was time for Gert Stiekema of Topsector Horticulture & Starting Materials to kick things off, calling cooperation between India and the Netherlands in the greenhouse industry a 'key issue' for both countries. Pointing out that climate change urges us to rethink our food systems, with drought, floods and high temperatures changing the way we cultivate, he said greenhouses can provide the solution to have climate-resilient production of fruit and vegetables, with higher yields and less input. The Dutch, he says, have a long tradition of sharing greenhouse knowledge with India.

One of those people who have been sharing knowledge with India is Don Kester of Priva, who used to be a grower himself before joining the company. "Within the Netherlands, we have a very nice, promising business case of growing vegetables", he says. Having gained that experience, knowing how to save resources and achieving higher yields, the Netherlands has a lot of know-how to share with Indian growers. "But it is up to you, the Indian growers and investors, to see where match-making can take place when it comes to improving facilities." In other words, the knowledge-sharing should be demand-driven.

A big country with lots of chances
The next speaker was Desh Ramnath of the Dutch Greenhouse Delta (DGD). Calling himself a Proud Person of Indian Origin and serial entrepreneur, his motto is "You do not have to be ill, in order to get better". And he sees plenty of opportunities for India to get even better. "In our opinion as DGD, India is a big country with lots of chances."

Desh then points out the growing middle and high class population in India, making it a country with an enormous market in food. In addition, the Middle East and the UAE are also interesting export markets for India.

What makes India interesting not just to local growers but also to Dutch knowledge providers, is the fact that it's a growing economy where a large chunk of humanity lives. Consumers and growers in the country, like elsewhere, are also becoming more climate-aware. With conventional agriculture using up more than 75% of the fresh water in India, and with the Indian diet having some room for improvement when it comes to healthiness, it's clear to see there are opportunities for the fresh produce industry.

And the demand is there. "We've seen that restaurants, hotels, and large multinational food chains are interested in clean, healthy and fresh food." Desh then went on to demonstrate that, partly due to lower costs for land, energy and labor in India, cultivation of popular vegetables like red bell pepper can deliver a nice return on investment for Indian growers looking to make the switch to greenhouse cultivation. 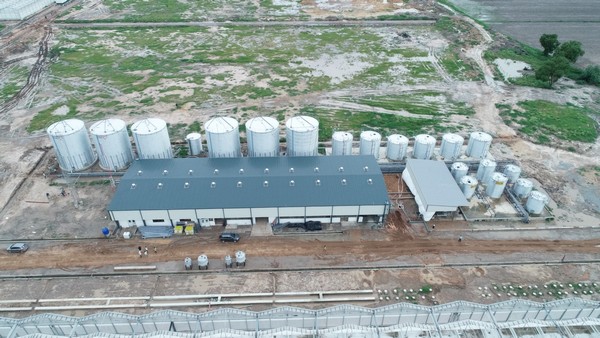 Taking the financial hurdle
Before the next part of the webinar, a panel discussion, participants were asked to answer a poll to indicate what, according to them is the biggest obstacle in moving to greenhouse cultivation in India. The majority of voters were concerned about the financial burden involved, and Ram Kaundinya, Director General of the Federation of Seed Industry of India and one of the discussion panel members, agreed.

"Especially for small-scale growers looking to implement greenhouses, a 'pay as you grow' model would be a good financial arrangement." He added that picking the right crops to grow is also an important aspect here. "We cannot just do with cucumbers and capsicums, which make up a small percentage of vegetables consumed in the country. We also need crops like eggplants, okra, and melons in order to expand."

Ram points out two other important financial aspects for greenhouse growers, saying more research is needed on reducing the cost of the structure, even with subsidies, highlighting that "we shouldn't plan on scaling up based on subsidies. We'll need to reach a level of 1/4th of the current cost, which would come down to 10,000 euros per acre."

The cost of seeds is also very high at the moment. "We don't have a big seed industry in India, so seeds are mostly imported from Europe. We need to look at developing local breeding programs, to bring down the cost of seed for farmers and help them scale up."

Another panel member, Nitin Puri of Yes Bank, agreed that finance plays a major role in setting up a greenhouse operation. "Financial institutions should be catalysts for equity investments. We need to marry enterprise in India with tech and know-how from abroad."

Not high tech, but right tech
The roundtable mic then went to Sachin Darbarwar, Founder & CEO of Simply Fresh. Going into the financial aspect as well, he commented that with precision farming, quality and cost have to be balanced. "You can't get quality material at a cheaper price, so we shouldn't necessarily go for high tech, but right tech. You need to choose the right tech for the region and market."

Another big challenge is training staff to make proper use of that 'right tech' and to push it to the limit. "With precision agriculture, lots of decisions are based on data points, so you need a good trainer to train the trainer."

Fortunately there are a lot of people willing to share their experiences, and India boasts a lot of young and talented graduates who are willing to jump into the horticulture sector. "Over time, we will have a lot of good growers in India", Sachin expects, drawing parallels with the IT boom the country has seen.

Don Kester adds that Priva has a large training center that also offers online classes. His wish is for students to be already educated on the horticulture industry while in school. "It would be good to have some kind of major in high schools or universities in India to get students familiar with the beautiful horticulture industry." 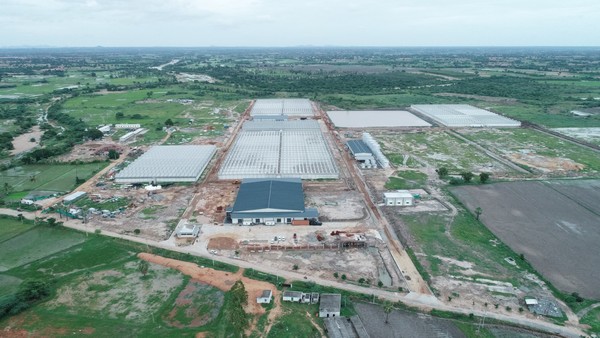 Growing for the market
As in any industry, having a market for your products is essential. That also goes for the breeding industry that Ram would like to see take shape in India. "The problem is that the market is so small, it's like a catch-22", meaning that the greenhouse industry will grow if the breeding industry takes off, and a blossoming greenhouse industry can be lucrative for breeders - it's just that this cycle needs to be started up at some point. "The industry needs to see there's tremendous value in this", he says, adding that there's a huge opportunity for the export of greenhouse vegetables from India.

But the domestic market is also a promising one for Indian growers. "We feel as a company, the awareness is there in India right now", Sachin says. "We're careful and cautious about what we eat - produce has to be safe and affordable." Add to that the big, young population in India, many of whom are vegetarians, and you have a recipe for greenhouse success. "We just need to make sure we understand the customer's need."

Desh adds that India is a complex country with different layers, and so is the market. There are high-end consumers, but also mid-end and low-end consumers, so there's no 'one size fits all' approach.

When targeting the high-end consumer, it would make sense for growers and investors to start their high-tech greenhouse in close proximity to a retailer distribution center, making for low transport costs, quick supply of products into the shelves, higher food safety and less post-harvest loss. Such a greenhouse, run by an experienced Dutch grower and team, will enable Indian farmer families of five to suddenly make 1,000 euros a month with just two of them working in the greenhouse, where before they would have had just 100 euros while all five would have worked the land.

"That way we can offer farmers a perspective for the future: instead of focusing on keeping the company afloat, they can work for a wage, and the children can go to school", Desh says. "At the same time, people learn the trade from Dutch growers, which they can then apply with Indian farmers. Combine that with education, and ultimately you get knowledge transfer to Indian employees (via the high-end) and farmers (low- and mid-tech) when they meet in a few years, so the Dutch grower is no longer needed and the Dutch only need to bring in the know-how and tools. We can have a multi-channel and multi-market approach in India."

Don notes that the Dutch are willing and able to jump in and assist the upcoming Indian growers, especially because they've been through that journey before. "In the Netherlands, with my father, we also started small. He had to start his own bank to get funding to get innovations started, so it was difficult, but we've gone down that road, so now we're ready to help the Indian growers to go on that journey."

He says they can help growers to see that "if you spend a bit of the money that you earn, you have better production and better quality. Using less pesticides and water is also a good business case, we've seen. And we don't always need money from governments - growing healthy food in a place where 30% of people are vegetarian, it's the best market in the world!"