through the eyes of Christos D. Katsanos and Evagelos Drimtzias:

A close-up look at the Greek horticultural sector

The horticultural sector in Greece saw some significant changes over the past two decades, in terms of new technologies, large scale glasshouses, use of natural gas and geothermal energy, product innovation, packaging, marketing and branding. Christos D. Katsanos and Evagelos Drimtzias, co-founders of the DKG Group, talk about the group of companies and initiatives but also about the Greek horticultural sector in general and in Karditsa, a regional unit in the Thessaly region. There was never a lot of horticultural action in Karditsa, but that is now increasing.

Recent past
In the recent past, the main opinion about the (greenhouse) horticulture sector was that it should be ‘small acreage and family governed’. Meaning that the sustainability of the sector was based on small scale farms, and that many growers were involved. “This was the ideal, not so much in accordance with the market, but mostly from a social perspective.”

Following this assumption, the most suitable areas for greenhouse development were Crete, Attica and Peloponnese, where the main advantage was the preferable weather conditions, the moderate Mediterranean climate. When the Greek State invested in a natural gas pipeline from Russia, the liberation of the geothermal energy licenses changed the situation and the perception of good weather conditions as the only competitive advantage for an area.

At that time, EU subsidies towards large scale greenhouse units with the use of CHPs created the ideal timing for investors outside the agricultural sector. Since then, the main advantages of an area were that there were large, flat plots with low rent or buying rates, and workforce availability. Thus, areas with those characteristics, far away from areas with a history in horticulture like Drama, Alexandria, Kavala (Makedonia), Xanthi (Thrace), Samos islands and, lately, Karditsa appeared on the map. 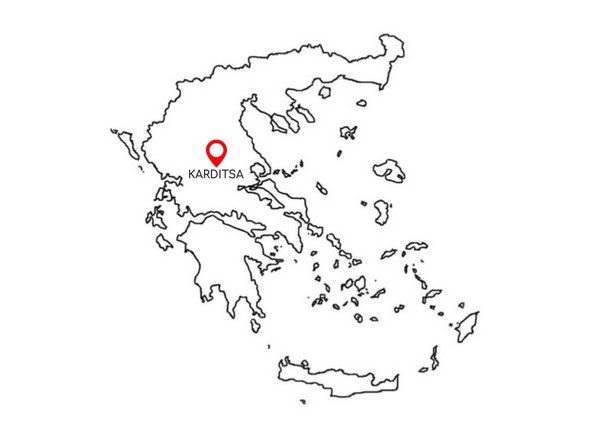 Future developments
“The horticultural industry is not just the new, large investments. The whole sector consists of 4,000 hectares, mainly in Crete and Peloponnese. In these regions we notice a new trend, with some growers leading the game.” The profile of those ‘new age’ growers, has to do with the expansion of their greenhouse areas (5-8 ha), with investments in packing halls, and trading their product under brand names.

Christos and Evagelos see the picture of the sector in the coming years divided into three categories:

“Retailers are getting stronger and stronger, and leave little room for growers brands, since they promote their own, private labels. Wholesalers are not so strong anymore.” From time to time, production overcomes demand. The prices are then squished, and because there is no strong export capability, this becomes the weaker part of the sector. And now, since the touristic period is almost lost, growers will face the problem of overproduction, so they will be in the difficult position of not knowing how to handle the low demand.

Labour
In Crete, the labourers mostly come from Bulgaria and Pakistan, in Peloponnese from Bulgaria and India, this is mainly for floriculture. Large greenhouses have workers from Greece, Albania, Belarus and other countries. The COVID-19 pandemic did not cause very big problems, because Greece had a low infection rate and the majority of people working in Greek horticulture are permanent workers. In arboriculture, cherries, apples, kiwis, there are issues, because those workers are often seasonal and they suffer from the restrictions for entering the country. 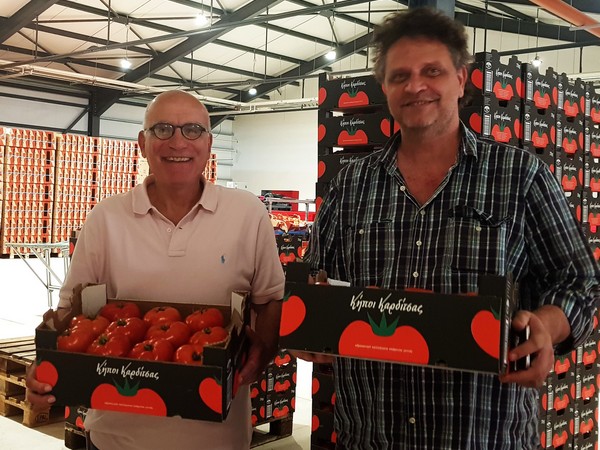 Karditsa (Mainland Greece)
"Concerning Karditsa (Thessaly region) we had up to now only some small scale greenhouses but this year this have changed with Karditsa Gardens Co. a 5.0 Ha brand new high tech greenhouse."

Is there a lot of export from Karditsa products, or is it more local-for-local? “The answer to this question is laid in the ‘Greek paradox’: Greece, although it has a rather small population of 11,000,000 habitants, is by far the largest consuming market of tomatoes. Statistics talk about 62 kilogram per capita per year, where Italy comes second with 34 kilograms. A country like Germany is far behind with 11 kilos. So, doing the math, almost the whole Greek production is consumed within Greece. On top of that, add 22,000,000 tourists in the summer, who all eat the ‘Greek salad’, in which tomatoes and cucumbers have the lead role, and you’ll understand the dynamics.”

In Karditsa, there’s only some small scale greenhouses, no more than 10 hectares in total. The 5.0 Ha greenhouse of Karditsa Gardens Co. didn’t change dramatically the situation. “So we’re talking about local consumption here, no export at all.”

DKG Group’s role
The DKG Group’s part in the development of the Greek horticulture is threefold. “We are honoured to have had collaboration with all the greenhouse investments in the last 15 years, in either hydroponics (IQ Crops – Grodan stonewool substrates, bio-stimulants), consulting (DKG Consulting – Total greenhouse management) or branding (TROPOS Branding).” New area investments since 2006 add up to almost 70 hectares of greenhouses.