In 'The Road to Digital Green Fingers' project, researchers increased the pre-night temperature in a tomato cultivation by one degree for four weeks. In this way, the crop was 'bullied' to see how far it could go, but especially also to understand the physiology behind the measurements. The better that goes, the easier it will be to cultivate remotely later on.

"The crop is now recovering," said Alex van Klink of the Delphy Improvement Center, responsible for the research for the project, about the treatment that was stopped in week 24. He saw that the crop started to consume assimilates faster. "In itself we can explain from the physiology what the raising of the pre-night temperature does, but the question for us is mainly whether you can also catch it with sensors and then also can understand it." 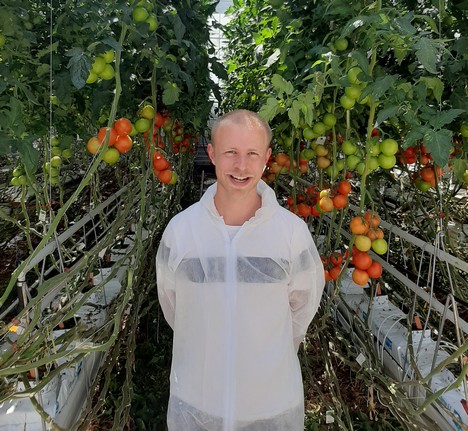 Alex in the test greenhouse

Understanding measurements
In the latter, the researchers from Delphy and Wageningen University & Research are interested in and various other parties as well, namely AgroEnergy, 2Grow, De Ruiter Seeds, Hazera Seeds, Signify and Ludvig Svensson. All parties are primarily concerned in understanding plant reactions with the sensor network. In this way, plant responses can be measured before they are visible to the naked eye. Ultimately, this should lead to the application of the knowledge in order to start controlling the cultivation.

More objective measuring
Using a combination of, among other things, sap flow sensors and scales to measure the weight of the plant, the researchers are mapping balance or imbalance in water consumption, assimilates, but also in growth height and fruits.

"By using sensors for more objective measuring in the near future, you can see things that the grower or advisor cannot see with the naked eye. That means that the grower can soon be less in the greenhouse and also that you can limit the movements of advisers from greenhouse to greenhouse. An advantage with the high virus pressure that is present in, for example, tomatoes." 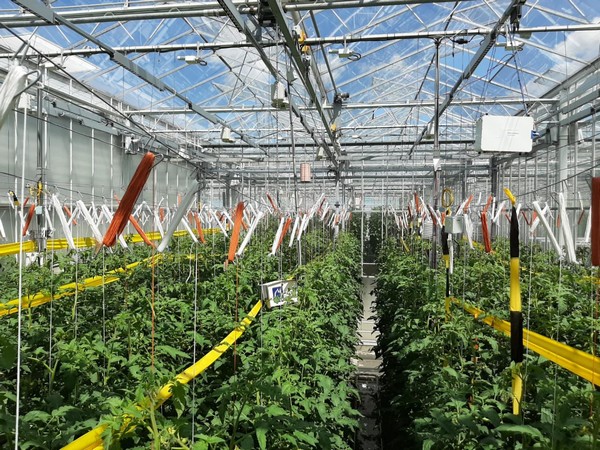 Six treatments tested
In total, six treatments will be tested in the project, which runs until mid-September and for which financial support was obtained from the Topsector Tuinbouw & Uitgangsmaterialen. "With EC, lighting and irrigation, we’ll also be looking for the limit again. And in case we would cross it, that will also be instructive. We have that advantage over production growers."

A follow-up test can then be carried out with the acquired knowledge. In this way, greenhouse horticulture is progressing step by step towards autonomous cultivation, but not without people that will be able to keep in step with the technology and also will be able to fully rely on it. The latter is an important condition for the grower with green fingers in order to relinquish control.