In the Netherlands, Niels Jacobs is testing the indoor cultivation of various crops in a converted mushroom cell. In the research facilities of Light4Food, he is doing this on a larger scale, together with colleagues in a number of climate cells. At the moment, there is a raspberry cultivation on gutters. Niels: "We have actually built a daylight-free greenhouse, but one with an especially developed climate system for the indoor cultivation of high-wire crops and soft fruit. We are also testing multi-layered cultivation in climate cells."

Growers of soft fruit, breeders and traders are involved in this development. "Sharing knowledge and moving forward together, that is the goal." 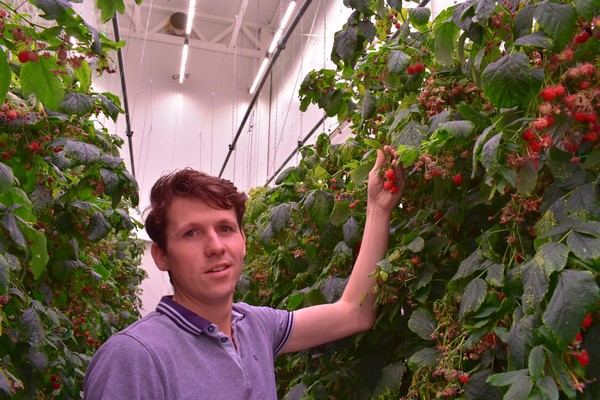 Taking growth stages into account
To be able to develop good systems for that cultivation, a lot of new knowledge is necessary, and how better to acquire it than by experimenting in their own cell? The raspberries now cover an area of 70 square meter, 6.40 meter wide and 15 meter long. Before, there were strawberries in the cell.

"Soft fruit is very different from leafy vegetables, in which, roughly speaking, 'you just have to make leaf', after which you can harvest lettuce or herbs after around three weeks. With strawberries, or now raspberries, you have to make a vegetative, generative and a pollination phase, to name a few. All these phases need to be aligned, let alone the enormous differences between low chill and high chill varieties, junebearers, everbearers or in case of raspberries, between spring or fall varieties." 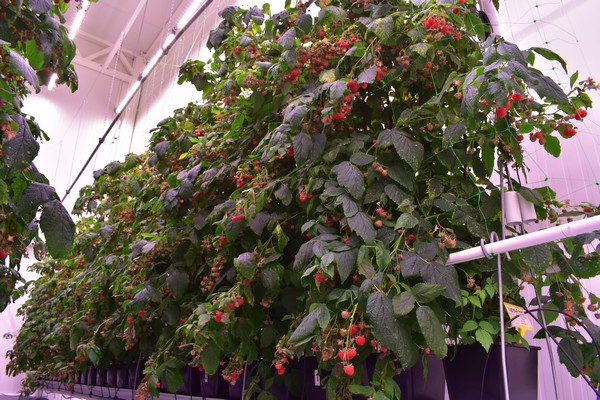 Year round indoor cultivation with combination breeding and production
The potential for indoor growing of soft fruits is because of the sales margins which can be achieved with the product. "For a product which can be sold at a good price, a bit more expensive cultivation is possible with the current state of affairs in technology."

Year round cultivation is the goal. "At that moment, I think you have to do both breeding and production cultivation yourself, and combine both. In this way, you will start with uniform, clean, and strong plant material." 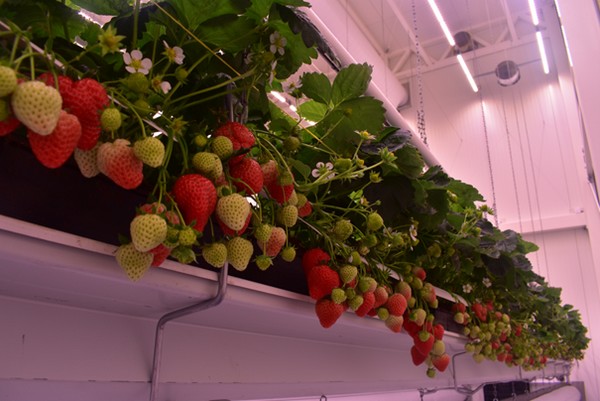 Pollinators have to keep working
For Light4Food, it is particularly important to gain knowledge from a technical point of view. Several things have to be taken into account, such as pollination. "We have tried everything, from bumblebees, bees, to hoverflies. Because natural outside light is missing, it is a challenge to adjust the light spectra in such a way that the pollinators do their job well and keep doing so. But at the same time, it is all about balance, because the best light for the pollinators is not per se the best light for the plant growth."

Cross-out energy costs against labor savings
Cooling is, at least to the sceptics of indoor cultivation, also quite a challenge or obstacle. "You will indeed use more energy when growing indoor due to lighting and cooling, but in breeding, for example, you can control the plants in such a way that no flowers will be formed. This saves a lot of work in removing the flowers. You can also increase the number of shoots of a plant, and with that additional production, the financial picture is also different." 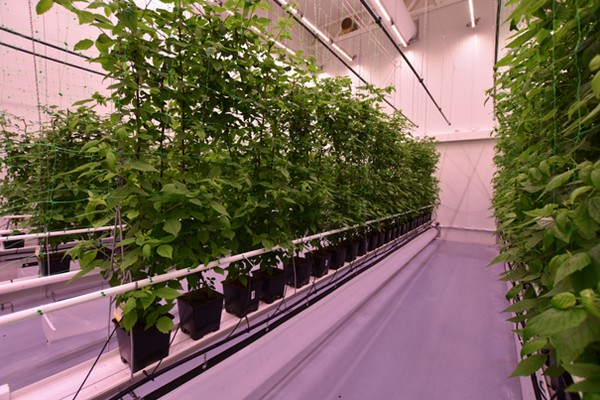 Following lettuce and herbs
During the tests in the cells, of which Light4Food also rents out cells, growers regularly visit and particularly breeders and plant growers have already shown interest in a possible indoor cultivation system as soon as it is ready. "The most asked question is still: 'What does it cost?', but by increasing yield and quality of the production while testing, and by optimizing the entire mechanization, this will certainly be commercially viable. Like in leafy vegetables, where our systems are now being used both domestically and abroad."