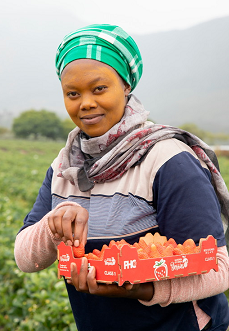 When Professional Horticultural Consulting decided to start growing the strawberry varieties they’d been offering at their nursery for more than a decade, they had year-round production in mind and, moreover, a crop that wouldn’t be competing on the domestic market with their own plant material customers (they produce about a third of South Africa’s strawberry plants).

Five years later they are the largest exporter of South African strawberries, approximately 500 tonnes of exported berries planned for this year, roughly 1/3 their total production. They market all their berry fruit under the “Garden of Eden Berries” brand.

Last year export volumes were down because of dry, dusty conditions during the early export season.

Unprotected growing slows ripening & boosts flavour
Their growing sites in George, Mossel Bay and Waboomskraal differ in altitude from ten metres to 700 metres above sea level. All 42ha of their strawberries are grown in the open, which helps to keep fruit temperatures down and extends the maturation period.

“Every year South African farmers are getting better at farming strawberries,” says Dr Gavin Linsley-Noakes, author of an influential guide to strawberry growing in South Africa and managing director of PHC. “In George we are growing our strawberries at the foothills of the Outeniqua mountains under cool conditions. Our strawberries grow slower, resulting in sweeter, more flavoursome berries with improved size and firmness.”

One of the company's aims is to produce residue-free fruit, Dr Linsley-Noakes says, and they’re getting very close to it. “We grow them as close to nature as we can, as biologically as we can. We’re producing a fantastic berry.”

New packaging suits larger fruit
They have introduced an open 1kg pressed wood box from Obeikan Packaging in Spain, with a compostable liner and top cover, which gives a very attractive presentation, apart from reducing their plastic usage. 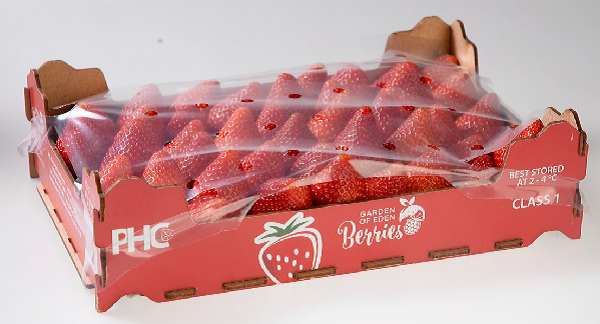 Newer short-day varieties like ‘Fronteras’ and day neutral varieties like ‘Monterey’ tend to give not only higher yields but much larger fruit sizes too and this 1 kg box is a nice means to pack their larger fruit which are easily bruised when packed into the 250g punnets they also pack.

Their strawberries also go to the Far East via Dubai.

Their peak export season runs from August to the end of November, when Spanish, Moroccan and Egyptian supplies subside and their main strawberry competitors on the Middle Eastern market are Australia and the United States. 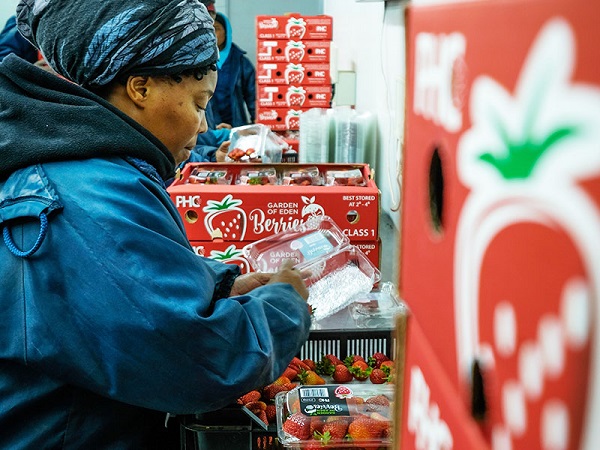 Cape Town Airport is still closed for freight, so for the foreseeable future they will have to truck their export consignments to OR Tambo Airport in Johannesburg. It adds an extra two days to the berries’ travel-time but, he says, their quality is good enough to take it.

Their first exports this season were delayed by wind damage during last weekend’s winter storm.

Airfreight costs are very steep – currently US$1.80 per kilogram. “We export when the demand is at its highest, so that we can get a decent return. You have to make good returns to make air freight worthwhile.”

Outside of their export season, they minimise the amount of their fruit supplied to supermarkets and supply the fresh produce municipal markets. 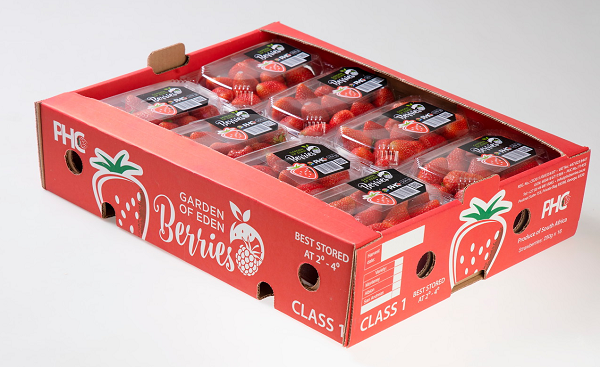 “A client’s varietal selection differs hugely whether they’re aiming for the early or for the late market,” he says. "The early market relies heavily on the short-day and infra-short-day varieties and the day-neutral varieties are more suited to later and out-of-season production.”

In hotter areas 'San Andreas' performs well because it maintains a fresh, lighter-red colour upon ripening.

Unless you’re growing the newest varieties, a strawberry grower cannot compete, he says. The fruit from newer varieties are sweeter, larger, have higher yields and greater pest and disease resistance, although for taste ‘Albion’ remains a favourite. 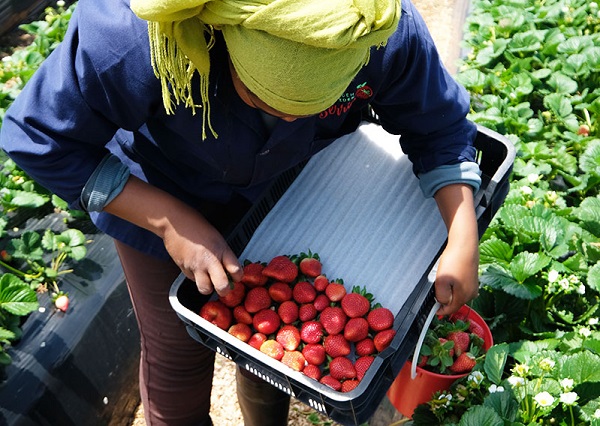