Bonny Heeren has announced he will leave Saint-Gobain Cultilene. As managing director, he spent more than ten years at the helm of the company, which grew into a leading supplier of substrate and horticultural glass under his leadership. 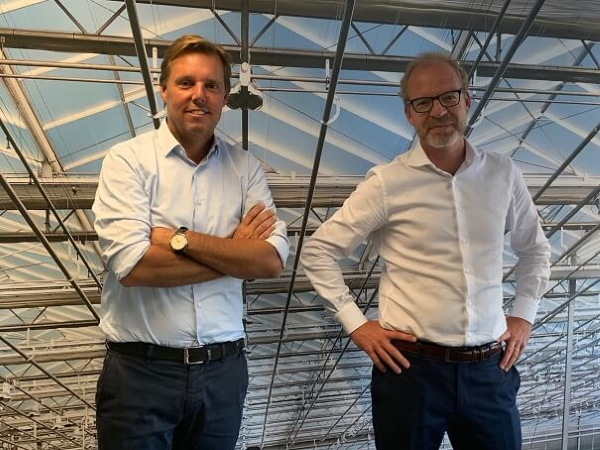 Bonny Heeren started working for Cultilene in 2009, at a company that is now more than forty years old. With him at the helm, Cultilene underwent considerable growth and development. The company thus took a different course and new strategic choices were made. Cultilene used to be mainly a supplier of stone wool but from 2010 onwards, the company consciously chose to play a greater role in the daily lives of its customers. This was given concrete form by setting up an application team consisting of technical specialists who provide customers worldwide with advice on the use of Cultilene products. In addition, Cultilene became more visible in the market through the introduction of its new logo. In order to be able to respond even better to customer needs, the product range was also further expanded. Among other things, the introduction of the Exact Air slab and the RootmaXX cubes proved highly successful. All of this also made Cultilene an increasingly significant player internationally. In order to cope with the extra demand, new generations of slab lines were created. The production speed was higher and advanced laser technology was used to make the plantholes.

Fully-fledged supplier of horticultural glass
Another important milestone during Heeren’s time at the top of Cultilene was the introduction of Albarino glass. This product arose from the realisation that several products of the parent company Saint-Gobain offered potential for greenhouse horticulture. Diffused glass with an anti-reflection coating from Saint-Gobain's solar activities was subsequently made suitable for use in high-tech greenhouse horticulture. In the meantime, Cultilene has grown into a fully-fledged supplier of horticultural glass, and there is great synergy and interaction between glass and substrate. This offers plenty of opportunities to take the customers’ crops to a higher level. In order to manage the company’s formidable growth, Cultilene moved to new office premises at the Crown Business Center in Rijen in 2018.

Steps towards sustainable food production
Heeren was also one of the founders of the Cara Met sensor, which Cultilene introduced early this year. This sensor gives growers – at relatively low cost – an accurate and more reliable insight into the EC, the water content and the temperature in the root zone. The available information helps growers to make more efficient use of water and fertilisers and improve the Water Use Efficiency (the amount of water used for a kilo fresh yield). This is also Cultilene’s mission; the company considers it important to contribute to sustainable food production.

Succession
Bonny Heeren will remain available in the coming months and will, among other things, help his successor Dennis Wertheimer to settle in. In recent years, Wertheimer was commercial director at Isover Belgium, a Saint-Gobain company that is the market leader in mineral wool for insulation. In addition, Heeren will continue to represent Cultilene on the board of Plant Empowerment for the time being. This unique cultivation method is aimed at optimising crop growth by keeping the plant in balance.