There are currently two internal trials running in the Axia Vegetable Seeds demo greenhouses in Naaldwijk, the Netherlands. According to Axia, there is one variety that stands out: Macxize, a variety in the large cluster segment. "During the warmer weather, it is especially noticeable that there is practically no fruit set failure and you do not see any boat fruits all year round with this variety," says Cees Kortekaas about Macxize, which is also grown by several growers in both lighted and unlighted cultivation. 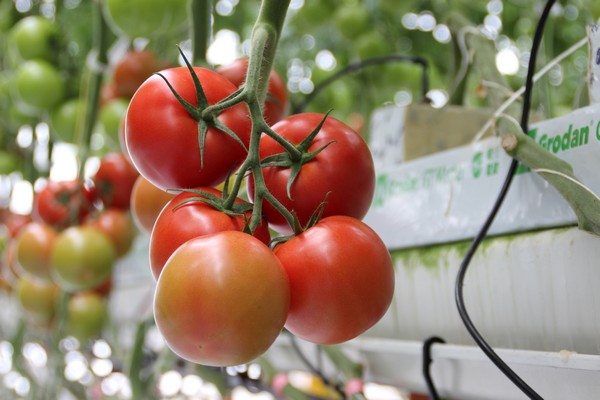 170 grams average fruit weight
The variety, previously known as HTL1505394, is a jointless large cluster tomato with a strong, open generative crop type, according to Cees. "Compared to the standard on the market, Macxize has a markedly higher production and easily gives large fruits. The variety also has a faster and better setting than the comparisons on the market. Last year in the lighted demo, the average fruit weight was 170 grams."

Two trusses more
In the lighted demo, the plant has been 'pruned to five' throughout the year. In mid-June, truss 23 was ready for harvest with truss 32 in bloom. The head of the plant, as can be seen in a video update, is 'beautifully balanced, well generative, and strong enough for the remainder of the crop'.

At the end of the crop, Macxize has two trusses more than the reference, on average. This was already evident from previous trials. The firmness of the Axia variety was also positive in this respect. "After three and ten days, the firmness is clearly better than the reference. The green parts after ten days are also less dried out than with the reference." 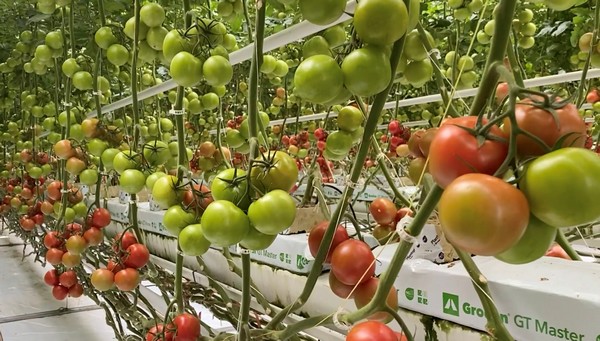 Hot summers
Of all the varieties in the large cluster segment, Axia is focusing mainly on Macxize, due to its high production and ability to handle high temperatures in the summer. "We also clearly see that the Macxize is less sensitive to blossom end rot during these warm periods. The first test with the heat in May was already endured well by the crop.”

Switch to Macxize
In Ontario, Canada, one large grower has already made plans to plant a hectare of Macxize for winter production under lights.