from Horst (NL) has already sold several thousand Orion-GC climate computers to growers large and small in dozens of countries. According to the manufacturer and resellers, simplicity, reliability and ease of use explain this success. ‘It is easy to install, simple to operate and does what is promised,’ says Mark Scheffers of DS Hortitrade, a subsidiary of greenhouse builder Debets Schalke. 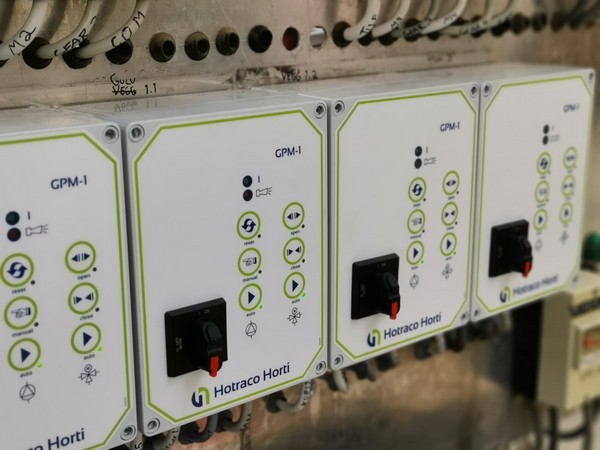 Growth in mid-range demand
The Orion-GC is a mid-range climate computer for protected crops in various climate zones. An irrigation module can be added as an option. There are certainly computers out there that can do more, but not all growers need them.

"High-tech greenhouse horticulture appeals to the imagination, and the Netherlands is leading the way,’ says business developer Jon Hesen of Hotraco Horti. ‘The reality is that there is a very large and growing middle segment worldwide that has a lower bar for climate and cultivation control. We serve that segment with the Orion-GC. It is a simple, uncluttered, affordable device for growers who want to control their greenhouse climate and irrigation properly, without too many bells and whistles." 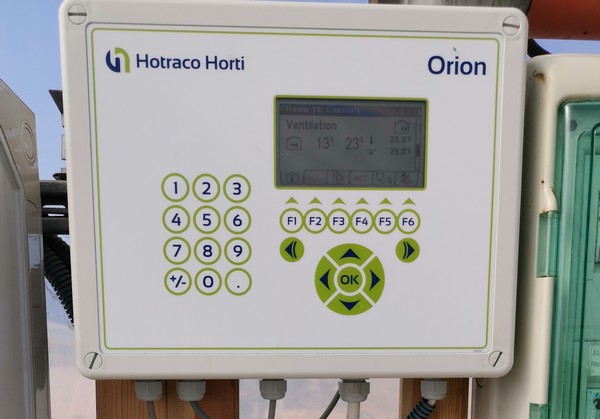 Product features
The Orion-GC is suitable for comprehensive control of various types of ridge and end-wall ventilation, curtain installations (including end-wall curtains), convector heaters and one to three heating networks per bay with boiler and transport control, atomisation and greenhouse air cooling, air circulation, CO2 control and assimilation lighting.

This extensive functionality can be expanded with an irrigation module at a modest additional cost. The module is suitable for accurately providing up to eight different fertiligation recipes via A/B tanks in individual irrigation zones or bays. Start moments can be set based on time or solar radiation, and each zone can be controlled separately based on time, EC and pH (available mid-2020). Alarm functions for flow restriction (blockage) and pH and EC levels that are too high or too low ensure perfect irrigation, tailored to the needs of the crops. 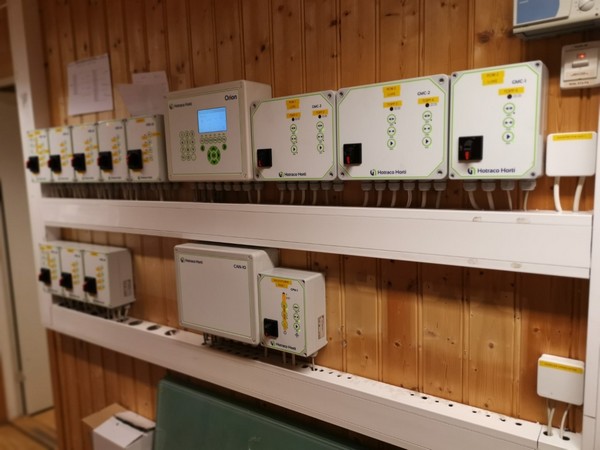 Easy installation and operation
The Orion is easy to operate, both directly and via the central process computer, as well as via the handy app for smartphones.

‘It is a good, uncluttered instrument for proper climate control and irrigation,’ summarises Mark Scheffers of DS Hortitrade. The Dutch trading company DS Hortitrade works together with greenhouse builder Debets Schalke on large-scale international turnkey greenhouse construction projects as well as smaller greenhouse construction projects for growers and garden centers. The company is not tied to one or several brands of climate computers, but it has been seeing a clear rise in demand for the Orion.

"We have already sold a lot of them, especially to smaller ornamental growers and garden centres," explains Scheffers. "We do this with peace of mind, because the system is easy to install and growers learn to work with it very quickly. Hotraco provides a clear manual as well as a 24/7 service desk to help anyone who may still have questions. It's a reliable, no-nonsense product, which is also very affordable. For a number of greenhouse construction projects in countries such as France, the Netherlands, Serbia, Hungary, Armenia and Bermuda, the Orion-GC has been chosen as a climate computer by growers and garden centers."

Norway
In Norway, greenhouse horticulture is relatively small-scale. Trond Myrhaug of technical installation company Elceta says the market is stable to slightly growing. "The number of companies is decreasing slightly while their average size is increasing a bit," he says. "Norway wants to meet its own needs for healthy, sustainably produced vegetables, too, so I'm fairly optimistic about the future."

The entrepreneur has worked with Hotraco for over 20 years, from which he sources many control panels. When the Orion-GC came on the market in 2016 he was immediately interested. "For many customers, high-end computers are too much of a good thing. Some greenhouses, including polytunnels, are only used part of the year, to grow berries or cabbage. Other greenhouses contain several crops, for which you want to achieve a reasonable compromise in terms of climate. The Orion lends itself perfectly to such situations. It performs well for a very reasonable price. My clients are very happy with it, so I am too. I think we've installed about 15 units so far."

"I first learned about Hotraco in 2014 in a multidepartment organic greenhouse complex near Baku. We used the Orion-GC as a part of the complicated climate control system and we sold our first Orion only installation three years ago," he says. "We have now sold a total of ten, spread over five projects. You happen to have called at a very appropriate moment, because yesterday we got the green light for a big new project, which will include five Orions. I'm sure you'll all be happy to hear that in Horst."

Termolat also uses nearly all the big name brands of horticultural computers. Keirans was so pleased with the Orion that he has shelved a climate computer developed in-house. "The Orion is good and reliable, easy to use and affordable," he explains.