North Carolina farmers grow $33.8 million worth of fresh market tomatoes each year and approximately half of the tomatoes grown in the state are the fruit of NC State’s tomato breeding efforts.

These efforts, led by Dilip Panthee, just got a 1440-square-foot boost. Specifically, a new 1440-square-foot greenhouse at the Mountain Horticultural Crops Research and Extension Center in western North Carolina.

“The new greenhouse will help to advance my research to the next level,” said Panthee, an associate professor in the Department of Horticultural Science. “Currently I am using only one greenhouse. Since I will be able to control the temperature in the new greenhouse I could also evaluate my crosses during the spring and the fall. If I do that, my screening will be more accurate and I won’t need to do my evaluations in a grower’s field.” 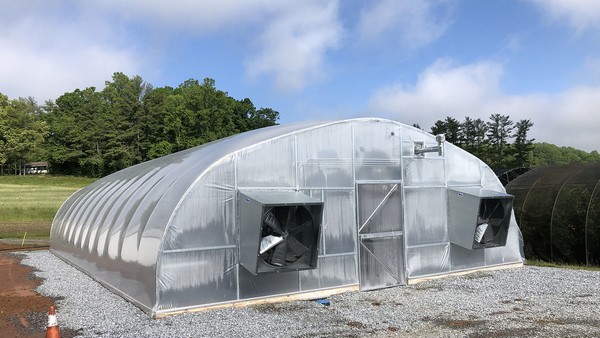 These are exactly the traits important for farmers like Kirby Johnson, a seventh-generation grower in Henderson County and co-owner of Flavor 1st Growers and Packers.

“Our main goal is taste, and the research station has got the best tasting tomatoes,” Johnson said. “But, you’ve also got to grow it, so it’s got to have a decent disease resistance package.” 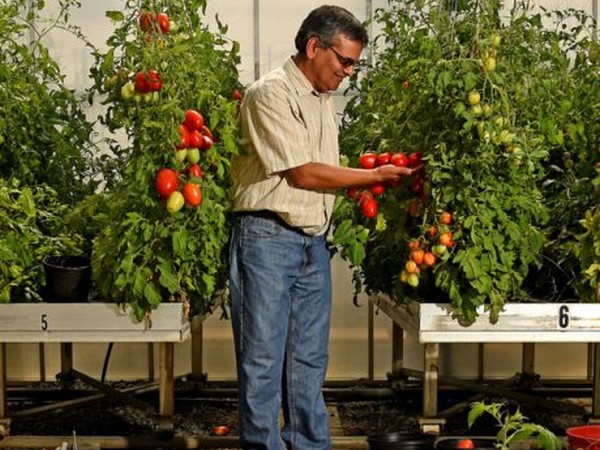 Flavor 1st Growers and Packers sells produce to many major grocery chains including Publix, Kroger, ALDI, Winn-Dixie, Ingles, Stop & Shop and Giant. The hub of Flavor 1st is in Henderson County, but the company also includes fields in Ohio, Southern Georgia, and Florida all the way down to Homestead, Florida.

In previous years, the tomato breeders have used the summer months to test their tomatoes’ resistance to disease. Then they cross breed tomatoes with the best combination of traits in a greenhouse during the fall and spring months. This allows them to grow three generations of tomatoes in one year, speeding up the development of new varieties, which take six to eight years to produce.

The new greenhouse, which was completed in April, can be temperature-controlled. This will extend Panthee and his fellows’ tomato growing season. The greenhouse also has separate compartments allowing them to grow multiple generations of crosses at the same time and even test the tomatoes’ resistance to diseases.