app helps growers make most out of their TAPKIT

"Growing is not only about the right hardware, but also about knowledge and crop support"

With the TAPKIT, a  500 m2 greenhouse enabling growers to start-up their own hydroponic venture, TAP has brought hydroponic growing within reach of many growers all around the world. With the newly launched app, including crop advice on specific climate conditions, water quality and hundreds of FAQs, they help growers to make most out of their operations. "Growing is not only about having the right hardware, but also about knowledge and crop support," says Avner Shohet. 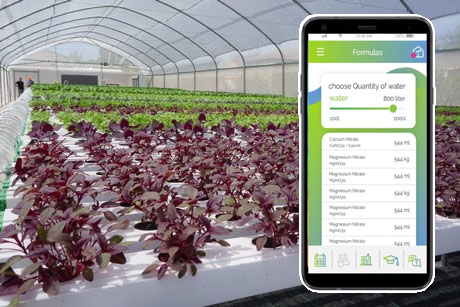 Ever since the launch 2 years ago, the TAPKIT has found its way not only to Israel and South Korea, but also to countries where horticulture is not so much on the map or where there is no big network to support growers - The Philippines for example, or Mauritius.

"In these regions hydroponically grown vegetables are answering a market demand since there is hardly an alternative. Yet since horticulture and especially hydroponic growing is not established there, the knowledge on growing often is not high either," Avner says.

With this greenhouse, growers can harvest 6-12 tons of leafy vegetables and fresh herbs per year. "The idea is to enable small farmers to have their own hydroponic business, where they can grow and market their production to the neighbors, neighboring restaurants and their own consumption."

With the TAPKIT they have already made it easy for entrepreneurs to start growing. With the newly launched app, i-Droponics, they take this even further: they support growers by offering fertilizer formulae adjusted for the climate and conditions at the specific growing sites, hundreds of FAQs, troubleshooting and 24/7 online support for the TAPKIT manager. 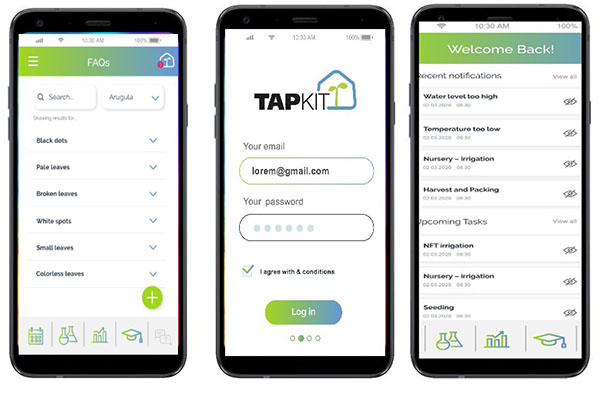 The app is available to every TAPKIT manager and can also support multiple units, for farms with more than one TAPKIT. In the next  couple of months, probably in July, there be a further expansion that includes control and data collection from sensors installed in the TAPKIT.

"We want to help start-up growers and more experienced growers with the knowledge we've gained as growers ourselves in the last 20 years and with the support from many industry professionals." Avner says.