"Extending the seasons is a tool in labor dispersion"

Every crisis is different and lessons can always be learned. During the economic crisis in 2009, Richard van de Waart, who was a strawberry grower in Romania at the time, conducted market research. According to him, the results of that research could also be significant now.

“The current corona crisis is something we have never experienced before. It has a huge impact on all of us. I expect the financial impact to be comparable. However, that impact is much greater, because the crisis spans the entire world. The difference is that the government is now better prepared and does much to help entrepreneurs through the crisis.” 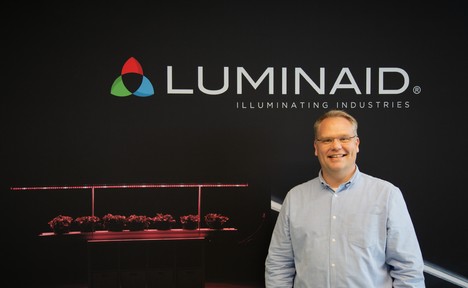 Demand remained stable
Richard did his market research in 2009 while he was preparing for the new season. “I wanted to know how to prepare. For example, did I have to reduce my acreage? As an entrepreneur you cannot sit still and wait.”

The main outcome was that the demand for strawberries remained stable during the crisis. “At the beginning of the crisis, people hoard sustainable products. As the crisis lasted longer, the consumer also wanted to get some tasty snacks. You can see that now too. Maybe they first choose sweets, but soon the healthy alternatives are discussed. A bowl of strawberries brings the sun into the home in a dark time”, he laughs.

More demand, better price
Following the research, the Dutch strawberry grower continued his season as per usual. The season may have been the opposite of what was expected. “From the start of my company in 2005 I had continued cultivation in the greenhouse. I started planting in August and picked from September to Christmas. The traditional season for strawberries in Romania - because there is mostly only grown outside - is in May and June. In addition, there were imports from Egypt, Turkey and Greece.

Importers became restrained by the crisis and played it safe. Import companies in Romania are almost all small and medium-sized enterprises. They did import potatoes and onions, products that they could lose anyway, and left the more luxurious products, such as soft fruit. This gave the local grower an advantage. It even resulted in higher demand and a better price.” 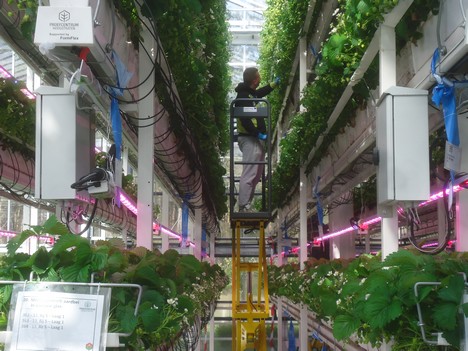 Think about seasonal spread
Richard no longer grows strawberries. Now he sells lighting to strawberry growers for Luminaid. In this position he speaks to many growers and he wants to tell them not to be too afraid of their sales. “Germany is the largest sales market. There is not enough cultivation there to feed all Germans. The same also applies to other important markets such as Belgium, the United Kingdom and Scandinavia. I don't expect the borders to close for food.”

In addition to sales, personnel is a major issue that growers are currently struggling with. “Still it seems to be not too bad. There is a lot of supply of labor from other sectors, such as the catering industry, to fill the shortage of migrant workers. Growers say that although the level is not exactly as hoped for, they shouldn’t complain.”

A second tip that Richard wants to share: “Think carefully about seasonal spreading. I expect consumers to buy more strawberries just as they did during the financial crisis. In summer and also in late autumn and winter, when the offer will be small. In the fall and winter, the consumer will certainly opt for healthy products that increase resistance. 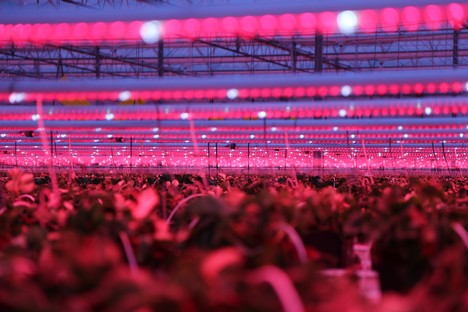 Time to invest
According to Richard, the number of growers who are switching to illuminated cultivation is growing. “You see that they are gaining more and more confidence in the sales opportunities. It used to be thought that it could not compete with the supply from Southern Europe, but that is different now. The most progressive growers are even increasingly using lighting. Either to spread the seasons or because of labor dispersion. Others because they see sales opportunities.”

According to Richard, now is the time to invest in lighting. “I expect the payback model to shorten during this crisis. After all, that model is based on kilo prices. Sales opportunities will grow as imports from Southern Europe come under pressure. There, the financial problems are greater because of the crisis, so you have the chance that less will be planted and therefore less will be sold. Furthermore, consumers become more aware of healthy food during this crisis. As a result, there will be more demand in the fall and winter.”