"For Russia, being self-sufficient is still on the agenda"

Starting a new job and finding yourself at home only three weeks later might normally mean you did not perform as planned – but that’s not what’s going on for Stefano Hiwat at Gavita. It’s the virus outbreak that limits him from visiting both the Gavita office as well as growers in Eastern Europe and Central Asia, who he will be helping with their lighting solutions from now on. However this also means he has time to discuss the market developments for these regions – and there’s a lot going on.

Thanks to speaking Russian and his experience over the last decade, Stefano Hiwat knows the horticultural industry, the Russian industry and the lighting industry very well. He has seen the rise of the Russian greenhouse acreage over the last years and also saw how the expansion pace lowered drastically after the government support was cut. “Especially for Russia, being self-sufficient is still on the agenda. That has been in progress for years. Instead of expanding, they are now starting to modernise greenhouses, money and loans are made available”, he says. 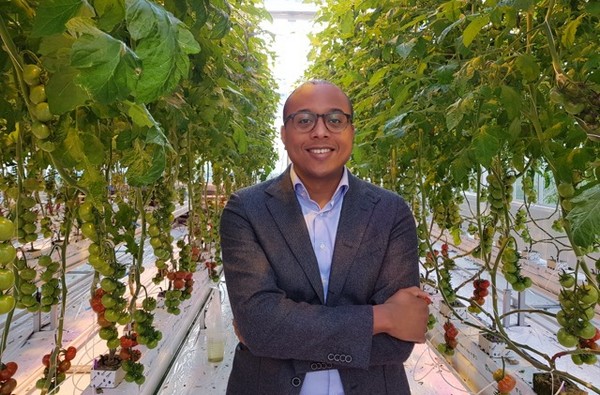 Russia: HPS + LED
Now he joined the energetic team of Gavita to help the lighting company in Russia and surrounding countries. Over the last years Gavita has built up a big market share in Russia and many growers use their HPS solutions to extend their season or make year round production possible. The biggest high-tech greenhouse crops are tomatoes and cucumbers. “A few years ago there were many stories about new greenhouses, which were realized thanks to intensive government support. The ‘big boys’ like Magnit still get funds for new buildings, the ‘smaller boys’ nowadays get funds for modernising what they have. This may offer little perspective for greenhouse builders, but for technical suppliers it gives a lot of perspective for the next 5 years”.

Making most out of a cultivation
An additional challenge for Russian growers is to make most out of their current cultivation – something that also offers opportunities for suppliers. In order to do so, their equipment has to be reliable and strong. “And foolproof”, Stefano adds. The distances in Russia are very big so it’s not easy to have technicians over rapidly. Also there’s room for improving the company’s results by improving the yield, the crop results”, says Stefano. “The technology is not the only answer in this, the knowledge to work with this technology and to achieve the most out of it may be even more important.  The market has already taken big steps, but there is certainly room for improvement. However, even though the crop yields in Russia could be better, they do make money with those lower yields.”

For Gavita nowadays the focus is on Russia and CIS countries. “We want to have a sustainable position which grows, in Russia and in the rest of the region, too”, Stefano says. He explains how for the company it is not just about realizing an project, but how after sales is just as important – especially with these market developments. “So of course we are always there when the growers need spare parts, or other support”