Home of the New York Produce Show turned into field-hospital

Every December, the Jacob K. Javits Convention Center is home to the New York Produce Show. Now, the center has been transformed into a temporary field hospital to house overflow patients during the coronavirus outbreak. New York City has been hit hard by the pandemic, having over 30,000 confirmed cases as of Sunday, March 29th. MarketWatch reports that Governor Cuomo has projected New York may need a total of 140,000 hospital beds to get through the outbreak. 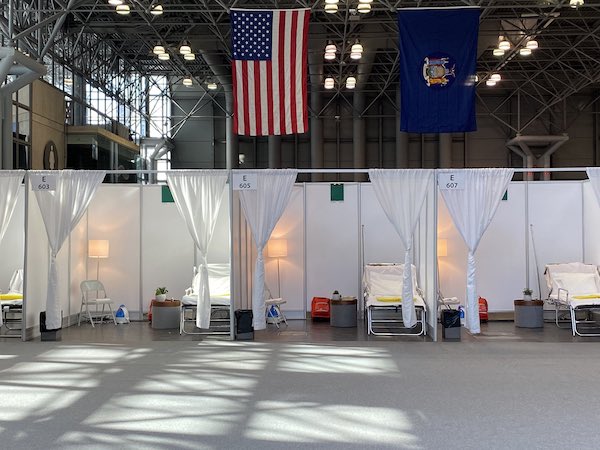 The convention center was initially supposed to house 1,000 beds, but this number has now been raised to 2,910 beds, making it one of the largest-capacity hospitals in the United States according to ABC. The Federal Emergency Management Agency and the Health and Human Services Department have provided four kits of 250-beds medical station kits. Now, the Army Corps of Engineers have used the convention center’s design to expand on these 1,000 beds. They have so far added an additional 184 beds supplied by army field hospitals. The plan is to fill the center up with 2,910 beds total, making it larger than the New York Presbyterian Hospital, which houses 2,600 beds. 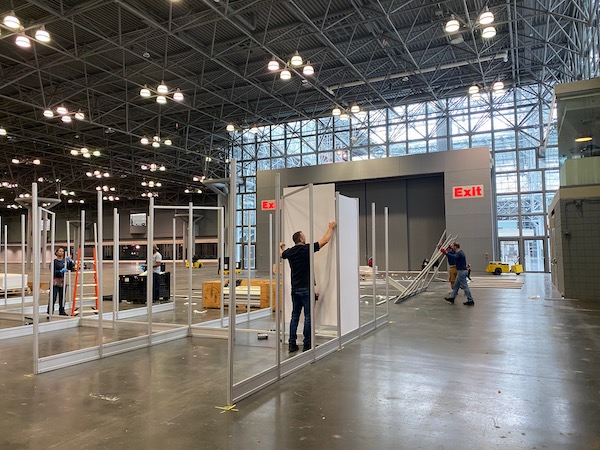 The 760,000 square-foot convention center is currently planned to house regular hospital patients for whom there is no room in the city’s hospitals. However, if the need arises, the center can be converted into a coronavirus hospital. Governor Cuomo said that he plans to have a temporary field hospital like the one in the Javits Convention Center in every borough of New York City. According to Business Insider, the temporary hospital is set to be ready today, Monday March 30th.