Poland is an important player in the field of greenhouse vegetables, which shouldn't come as a surprise, being a country with about 38 million people. Nonetheless, very few people really seem to know what's what with tomatoes and bell peppers in the Eastern European country. The knowledge of people in the Netherlands and Belgium usually doesn't go further than 'pink tomatoes' and 'a lot is shipped there'. Which is remarkable, because how can there not be potential in a country that big? 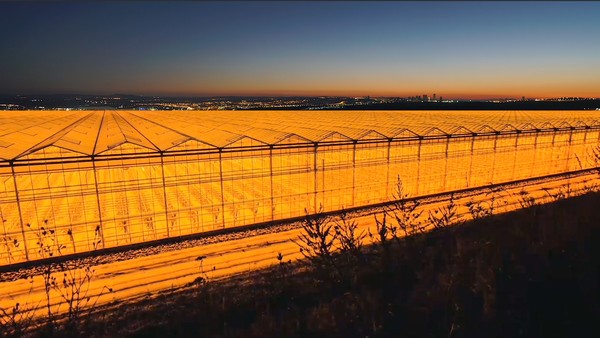 In the fall, all of Citronex' 57 hectares of greenhouse is lit up

Acreage development
Yes, that's what you would think, was the conclusion of several produce traders when asked this question at the Fruit Logistica in Berlin. Very few had any knowledge of the Polish market (or didn't want the Dutch and Belgian export competitors to know, of course). But what is the 'common' knowledge? Well, most of the tomatoes that are grown in Poland are 'pink'.

The pink tomato is by far the best known greenhouse vegetable in Poland and accounts for seventy percent of the total tomato cultivation, from which a substantial amount is grown in the open field. Seventy to eighty kilograms per square meter like in the Netherlands and Belgium, certainly isn't the standard in Poland yet.

However, greenhouse horticulture is certainly developing, even if that means rebuilding secondhand greenhouses from the Netherlands and Belgium. Greenhouses that are just fine, suitable for regular cultivation. Competing with the Netherlands, however, is for most of the companies not possible yet. 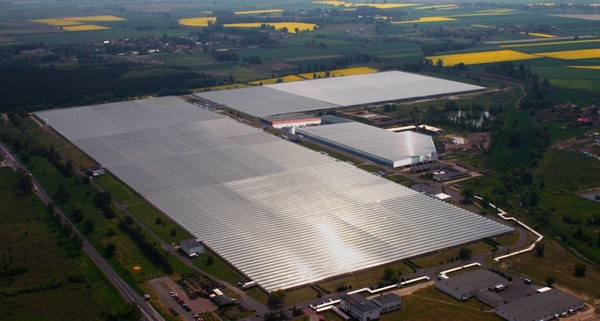 Smaller companies like the Netherlands had twenty years ago
High-tech growing like in the Netherlands and Belgium is something Citronex, the largest Polish tomato grower that covers 57 hectares, can do. The company grows year-round with lights on 51 of those 57 hectares, and in fall 2020 that will be the case for the entire area.

If all goes well the area will have grown further by then. The company has purchased a piece of land close to Warsaw and demolished the old greenhouse in order to build a new, high-tech one. With those extra 23 hectares, Citronex will have 80 hectares by fall.

"In Poland, this makes us a real exception", says Andrzej Kornafel, the operational director responsible for tomatoes and the fresh cut fruit salads with which the Polish company also started. They are also active in bananas and pineapples. "We are a real family business, but we are pretty big, which is different than most cultivation companies in Poland which are often about 0.5 to 2 hectares. A bit like it was in the Netherlands twenty years ago." 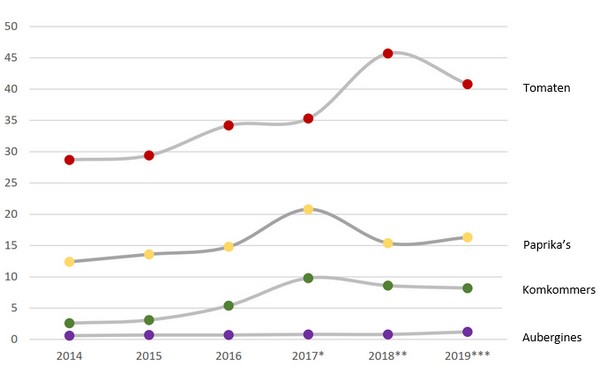 Tomimaru Muchoo
Andrzej should know, for a long time he lived in Germany near the Dutch town of Venlo, working for a Dutch exporter. In the Netherlands, Belgium and more countries, the growth of retail led to the growth of greenhouse horticultural companies. In Poland this is starting to happen as well, but in very small quantities. It won't be for a long time, however, that Poland will be self-sufficient with greenhouse vegetables. "Especially in wintertime", Andrzej says.

"With our tomato cultivation we cover about seventy percent of the Polish tomato production in winter, I think. The rest is imported, especially from Spain. Also the 'pink' tomatoes, but they are from a different variety and don't have the unique umami taste that our pink tomatoes from the Tomimaru Muchoo variety have. We go for premium product and have high quality standards. We have to, because it's a sensitive crop, which makes importing harder, too." 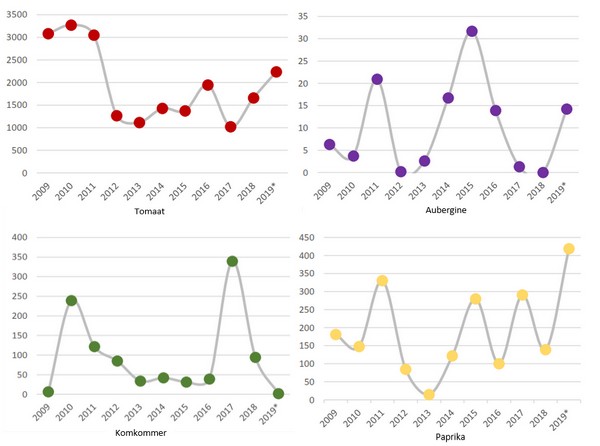 Locally as popular as in Germany
For that reason, to provide a country with 38 million residents with pink tomatoes and different greenhouse vegetables, it would be good if the local production would increase, Andrzej thinks. Increasing, that is what the welfare in Poland also does (which, by the way, is why Polish labour migrants come to Dutch greenhouses less). Citronex is busy growing, even though the company doesn't have concrete plans to expand with greenhouse vegetables other than tomato.

"We don't go for the easy way, and that's part of why we don't have any intention to start growing bell peppers or cucumbers. If we do, we want to do it right. 'Barging in' is a risk, because we would like to keep up the good name we build with our tomatoes, and that comes with the best possible quality."

Meanwhile, Andrzej sees the demand for locally grown products in Poland rise. "Like in Germany, where that development also clearly shows." Carolien Spaans, Agricultural Counselor in Poland, also sees that. "Origin is increasingly important here and the government also checks the origin labeling. A few agricultural organisations also had a campaign in which a Polish flag is printed with a product to emphasize its regional origin."

About thirty percent of the Polish consumers checks locality in the store first, too, a Polish study among about a thousand consumers showed last year. Buying products from their own country is more important than price to them, even though that still is an important criterion. A whopping 69 percent of the questioned said they'd pay more for locally grown, organic food.

In the mean time, Citronex supplies directly and through a logistics chain that's as short as possible, in response to that market development. "Our experience from the banana and pineapple sector helps, because in those fields too, we build a big logistical network with a good service", says Andrzej. 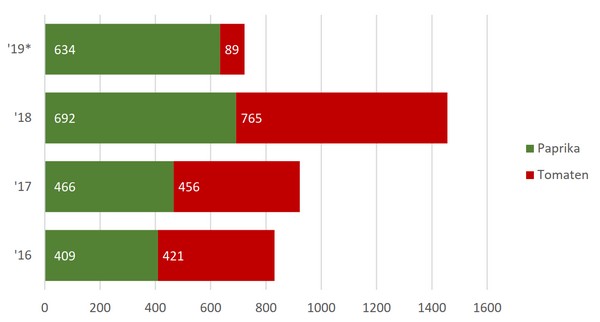 Weather-sensitive outdoor cultivation
Still, Citronex cannot supply all of Poland, and their smaller colleagues can't either, in spite of the growing greenhouse industry. Coming back on what Dutch and Belgian product traders know about the Polish market, a lot is bought extra during the season. From countries like Spain, Morocco and Tunisia, and a little from for instance Ukraine, in spring and fall when the productions fluctuate. This is also because of the outdoor cultivation which is more weather sensitive.

From the Netherlands and Belgium too, even though 'they pay more in Poland than for the products from Eastern Europe', is the experience of the Dutch and Belgian traders. In the summer, the prices in Poland can be very low. "In bell pepper for instance, the prices are way lower than the prices in the Netherlands and Belgium can be in summer", says Andrzej, who doesn't have ambitions besides tomatoes for now. "But the productions in Poland will increase, especially in greenhouses, I am sure of that."

This article appeared before in edition 2, 34th volume of Primeur. www.agfprimeur.nl