Yellow dwarf disease is a major problem in most parsley growing farms in Iran. In December 2018, parsley in fields (Petroselinum crispum) in the Kerman province of Iran showed dwarfing and general yellowing symptoms (Fig. 1). Twelve samples were collected from two fields for analysis. Total nucleic acids were extracted using the CTAB method (Zhang et al., 1998) and subjected to rolling circle amplification (RCA; Shepherd et al., 2008) to enrich circular DNA molecules. Products were analysed by restriction fragment length polymorphism. The fragment pattern obtained from three samples (39Ba, 40Ba and 3Bam) indicated the presence of a circular DNA virus. RCA products of positive samples were pooled for a VANA-based metagenomic approach. Assembled short read contigs were subjected to BlastN analysis and nanovirus-like molecules including one alphasatellite sequence and seven genome components were found to be associated with the three diseased samples. Specific back to back primers were designed using sequences inferred from next generation sequencing and subsequently one alphasatellite molecule and six genome components (DNA-C, -S, -N, -R1, -U1, and -U2) for sample 39Ba and seven genome components (DNA-C, -S, -M, -N, -R1, -R2, and -U1) for sample 40Ba were PCR amplified, cloned and Sanger sequenced. In total 14 sequences were deposited in GenBank with accession numbers MN531170-MN531183. 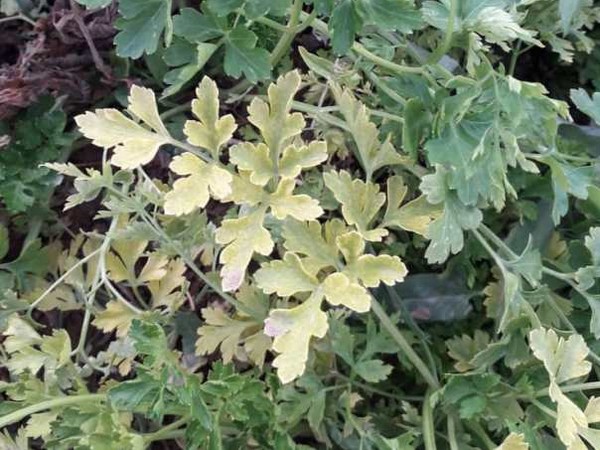 Figure 1: Nanovirus-infected parsley (sample 40Ba) showing stunting and general yellowing collected from a farm in the Kerman province of Iran.

The sequences were aligned using MUSCLE to the closest homologous genome components, i.e. parsley severe stunt associated virus (PSSaV) (Vetten et al., 2019) and sequence identity values were calculated using SDT v. 1.2. The results indicated that eight associated molecules (DNA-R1, -R2, -S, -M, -C, -N, -U1 and -U2) share 76.0-91.8% nucleotide sequence identities with the homologous segments of PSSaV. Similar to PSSaV, the DNA-U4 component was not detected in the infected samples. The results showed that nanovirus infection is a part of the yellow dwarf disease complex in Kerman province. This is the first evidence of PSSaV infecting parsley in Iran.