Following on their success within the fruit and nut segments, the company has developed the Ellepot GrowBag, which along with their AIR Tray technology, eliminates the requirement for plastic bags in propagation. "With the new GrowBag and AIR tray system, growers can eliminate the need for plastic bags in their production and put an end to root circling and transplant shock." the team explains. 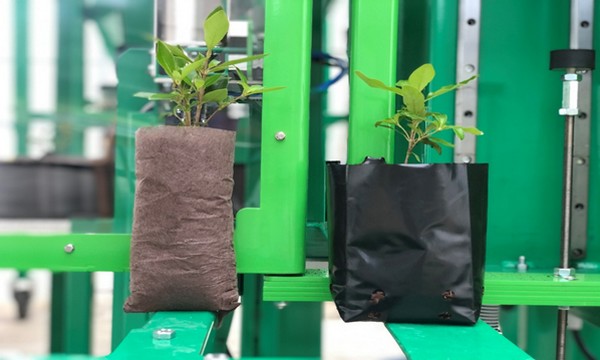 No more plastic bags
The Ellepot GrowBag is designed for crops currently propagated in plastic bags due to their robust root systems, for example fruit and nuts, as well as species such as avocado, coco, coffee and indigenous plants. When propagated in the Ellepot AIR Tray, growers can eliminate using plastic bags in their production.

“The Ellepot GrowBag is an alternative to plastic bags for fruit and nut producers. Growers can choose to have the flexibility of producing their GrowBags on-site with the Ellepot GrowBag machine (with automatic filling) or have the option to purchase pre-made Ellepot GrowBags in various standard sizes", says Regional Sales Manager, Darran Stone.

"With successful customer trials around the world, growers are excited to move away from the conventional plastic bags and offer a sustainable solution to their customer. After switching to our AIR Trays and substituting the plastic bags with the sustainable and degradable Ellepot GrowBag, growers are reporting improved root quality, significantly reduced propagation times and greater labour efficiencies”. 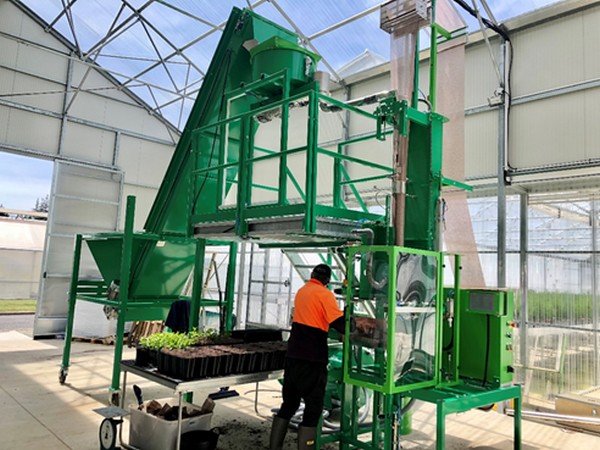 "The automatic filling of the GrowBags improves efficiencies, and the Ellepot AIR Trays have been designed with automation in mind. On-site production allows flexibility and reliability and the Ellepot GrowBag machine is capable of using a wide variety of growing media and substrates, from materials such as peat moss and coir to composted pine bark which gives growers a greater choice in their propagation decisions." 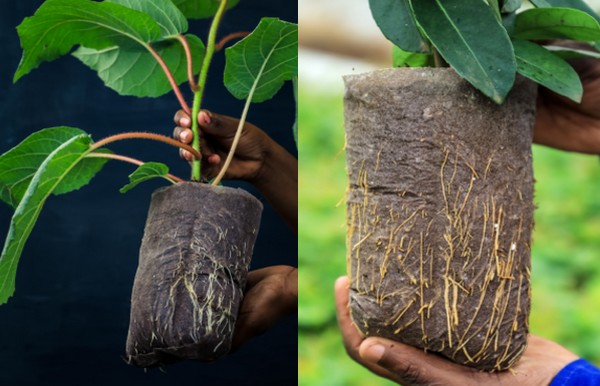 The Ellepot AIR Trays are designed with no horizontal surfaces which limits the circling and constriction of roots usually found at the bottom of the conventional plastic bag.

Air pruning is at the core of the Ellepot GrowBag system, and customers experienced healthy root tips growing out or down through the Ellepot paper even after months of being in the same Ellepot AIR Tray. “The Ellepot AIR Tray promotes air circulation around the Ellepot GrowBag along with excellent drainage, which enhances root architecture,” adds Darran. “This system provides propagators with the opportunity to create optimal microclimate conditions with improved wet-dry cycles for rapid and efficient root development. Air pruning of the roots stimulates the plant to produce secondary and tertiary roots resulting in a larger, more fibrous root system”.

Through air pruning plants become more efficient in the use of available container volume, and as a result, many species can be grown in a smaller volume Ellepot GrowBag. This smaller volume GrowBag has many additional benefits such as a reduction in substrate cost, more efficient use of available nursery propagation space, reduced transport cost and faster in-field transplanting amongst others. 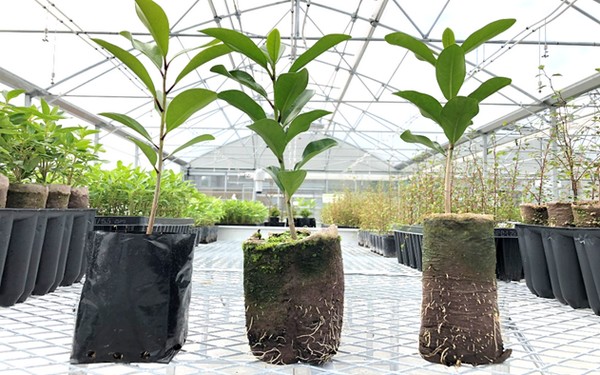 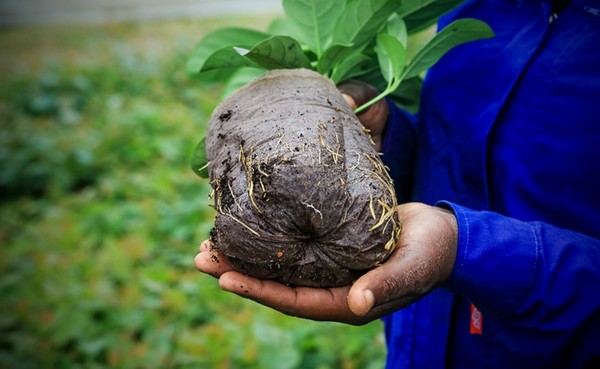 Once transplanted in the field, air-pruned root tips continue growing in the same direction resulting in a more natural root architecture without the deformations that have been observed from plastic containers.

Growers have reported faster root growth after transplanting and as the degradable Ellepot GrowBags do not need to be removed at planting, transplant speed is greatly increased, and transplant shock is virtually eliminated.

With mortality rates reduced and yields on the rise, the successful trials of the Ellepot GrowBags have shown that this new technology can help customers grow smarter too.