Pakistan's red chillis to disappear due to climate change

Sindh province in southern Pakistan is the red chilli capital of Asia; the area is responsible for 85 percent of all red chilli production in Pakistan, contributing 1.5 percent of the country's GDP. However, extreme heat has killed off many of the peppers before workers have a chance to harvest them from the vines.

Saleem says the time has come for the government to step up. "The government should intervene on an emergency basis and must introduce seeds that should be heat tolerant or heat resistant." 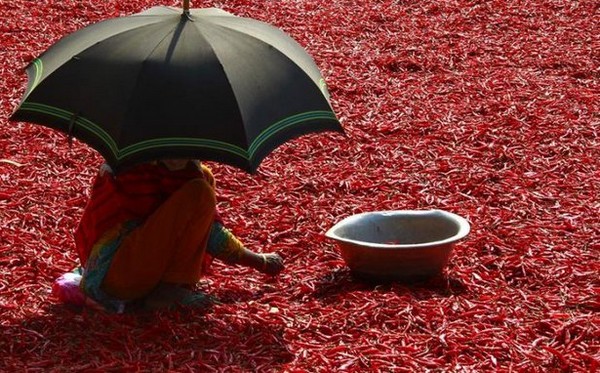 Farmers would normally sow chilli seeds in January, but the weather cycle in the region is changing and they are still waiting for suitable conditions to grow their crops.

"Due to climate change, weather is shifting its cycle and it causes the sudden rise of heat waves that have an impact on red chilli crops," explains Dr Muhammad Mithal Jiskani, Associate Professor, Department of Plant Pathology, Sindh Agriculture University, Tando Jam. Jiskani has done research which indicates that each acre in the area's 135,000 acres of chilli crops supports five families.

In 2018, red chillies cost Rs 7,000 (46 US dollars) per ton, but last year soared to Rs 18,000 (117 US dollars) per ton, according to Saleem. The high prices mean many buyers have stopped importing chillies from Pakistan. And that means the market could be left with unsold stocks of unaffordable chillies.