Most growers in the Netherlands use mineral wool to cultivate their vegetables. Quite strange, if you consider that cultivation on a substrate of coco coir offers many advantages, they thought at Dutch Plantin. Peter Verberne should know: the pepper grower from Horst in Limburg first started experimenting with coco coir several years ago.

40 thousand growbags
Better controllability of the crop. The lowest possible drain percentage. These objectives led grower Peter Verberne and his cultivation manager René Geurts to make a very conscious choice for coconut coir. “We started cautiously, with about one thousand coir mats. Now, we have more than forty thousand across 8 hectares”, says Peter. 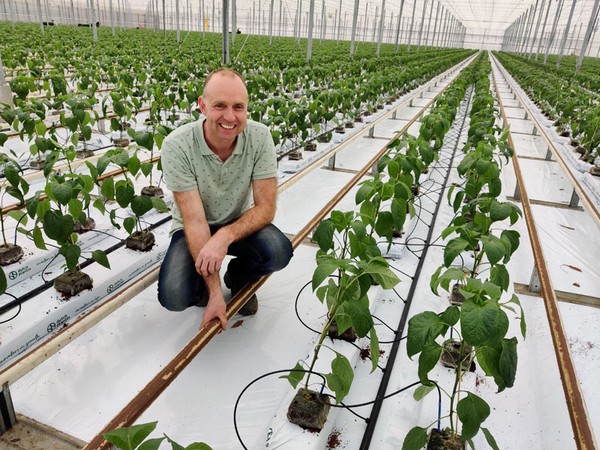 Very accurate watering
Verberne enthuses about the drainage capabilities of coco coir. “Once mineral wool dries out a little, it is impossible to get enough water into it again; the volume is more or less lost. But coco coir can be watered very accurately. For instance, we start the day with 150 millilitres of water and then add smaller volumes, sometimes as little as 25 millilitres at a time. But rest assured that my plants are well-cared for: this is how string plants are grown.”

The first seedlings
Verberne: “I am saving money as well as water. Previously, when I used mineral wool for cultivation, every cubic metre of drainage water that returned had to be disinfected. That’s expensive. Coco coir substrates use every last millilitre.” Kwekerij Verberne deliberately chose not to start planting too early in the year. “Instead of coming to market at the same time as Spain, we align to the end of their growing season.”

Watch the video to find out how the new pepper seedling were planted at Kwekerij Verberne on 15 January.