"A year full of surprising twists and turns" 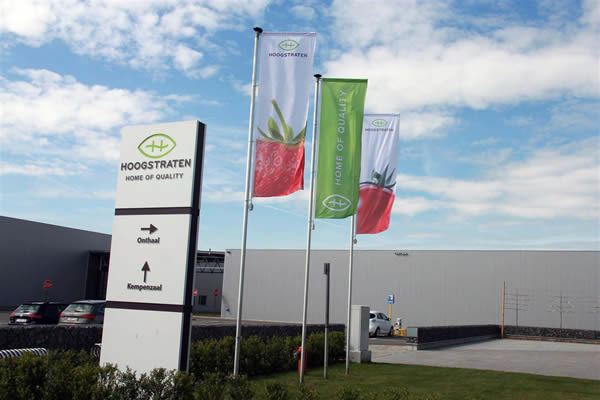 The journey to this new record has, however, been a remarkable one. At the end of April, the cooperative has a slight sales lead. A month later, this had disappeared entirely. Spring ended with a revenue backlog of eight percent compared to 2018. That was ten percent lower than in 2017. Belgian strawberries had a difficult start to the year. That was partly caused by the late Spanish season.

There had been hope for April, in particular, since Easter fell late in Belgium. But it failed to live up to expectations. Very average prices accompanied smaller supplies. Tomatoes had a lukewarm start, and cucumber sales were all-round bad in the spring. The only product that remained on a consistently reasonable level was bell peppers. The increase in this product's acreage ensured a rise in turnover too.

Summer started strongly. There were sky-high prices for strawberries. Vegetable prices rose along with these. Cucumbers were the product with the most pronounced improvement. The summer mostly made up for their bad start to the year. The bell pepper season came to a very early end. The second half of September and October were characterized by very difficult price formations for this product. This led to a reasonable bell pepper season being closed with a bad feeling.

Average prices for tomatoes defined the end of the year. The increasing volumes, however, kept sales up at this Belgian cooperative's level. For strawberries, October and the first three weeks of November were strong. The November/December transition is usually not so good. Sales were then resumed with high 'Christmas prices'. The year ended with extraordinary 'New Year's prices'.

Prices for just about all the products were volatile. This volatility meant returns varied greatly from company to company. This difference was most pronounced with strawberries.

Lower volume products had a fairly good year. Courgettes and aubergines are gradually starting to complete the fruit-vegetable pallet. Asparagus had a normal year and berry sales grew. Although there was only a small volume of kiwiberries, this product has had a good year. Cherry production in Belgium was much better, in terms of both quality and quantity than in 2018.

Notwithstanding these points, the company and sales organization that is Coöperatie Hoogstraten can look back with satisfaction on the past year. It was a year in which market expectations were once again met to the fullest. New initiatives, such as strawberry block sales, outgrew their infancy. These resulted in added value for growers as well as clients.

Coöperatie Hoogstraten is pursuing the path to further professionalization with zeal. The Belgian company is, therefore, focusing on accruing knowledge and expertise. That should lead to a flexible organization. It must become an organization that can line up its growers' and clients' expectations perfectly.