Getting smart about greenhouse irrigation

For Canada’s greenhouse operators, crop irrigation and finding experienced growers to manage it, are among their greatest challenges.

Historically, greenhouse growers have made decisions about where and when to irrigate, visually checking the water status of plants — often spending several hours and covering tens of kilometres each day. Watering is based more on intuition than measurement and growers tend to base their irrigation decisions on the driest pots. Inevitably, many plants receive more water than they need. Not only does excess watering waste a precious resource, it can also impact quality and yield and may put plants at risk of disease.

To overcome this hurdle, Vineland’s robotics and automation team together with their European partner, LetsGrow, have been busy developing technologies to help greenhouse operators optimize how and when to water plants.

The first generation automated smart irrigation system was released in fall 2019, thanks to three years of funding from the Federal Economic Development Agency for Southern Ontario (FedDev). The system uses soil and climate sensors to collect data on plant water status in real time. Advanced machine learning algorithms use this data to make decisions about where and when to irrigate, which are then conveyed to the grower. Basing decisions on hard data rather than perception help growers avoid unnecessary irrigation. 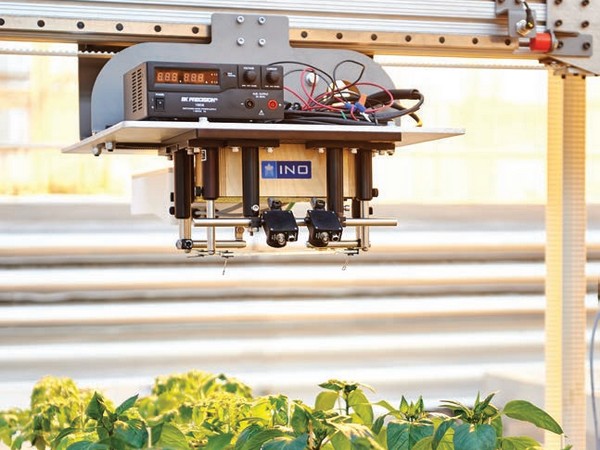 The results of pre-commercial testing have been promising. In one commercial greenhouse, the system reduced water usage by 15 per cent and saved roughly $2,800/acre per year on labour. Plant quality also improved. Across all floral greenhouses in Canada, the new technology is expected to generate $31 million per year in labour savings alone.

Bolstered by the success of the first generation system, Vineland is now moving into a second phase of development with funding from Agriculture and Agri-Food Canada.

One drawback of the first prototype is its generous use of soil moisture sensors which can drive up the cost of implementation — up to 2,000 sensors may be needed to cover a medium-size greenhouse’s entire growing area. The sensors can also get in the way.

This has prompted Vineland to take a different approach this time around. The goal is to develop a decision support tool that works with the hardware already in use in greenhouses. Instead of using sensors to tell the grower how much water is in the soil, the system will use variable measurements including humidity, moisture and temperature to infer the soil’s water content. In the developmental phase, correlating these variables with the irrigation decisions of growers and observations of plant growth will help identify patterns in climate and water conditions. These will drive the next generation algorithm to accurately and robustly predict whether or not to irrigate. According to Brian Lynch, Vineland’s lead researcher on the project, the data “will help us ‘teach’ the system about which decisions to make”.

With data-driven decisions for crop irrigation and no requirement for new hardware, the return on investment for growers could be huge. A software-based solution also means the system can be maintained and updated relatively easily over time if needed. 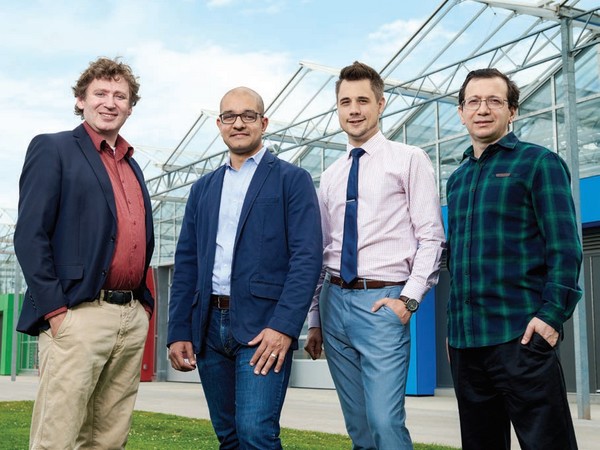 Collecting data — lots of it — will be key. Vineland has been building relationships with greenhouses to support this effort. According to Lynch, “it is really important to do this work in a commercial greenhouse. [The data collection] is non-invasive and they see the potential value”.

In 2020, Vineland will test the algorithm on both plant growth simulation models and on real plants grown in its greenhouses.

The technology solves another problem plaguing many commercial greenhouses in Canada — the dwindling supply of experienced growers. Vineland’s new decision-making tool will enable a greenhouse to expand without worrying about the availability of additional growers or the quality of service delivered by each new grower hired. The smart irrigation system can also manage the greenhouse’s historic and real-time data for further analysis and future reference, assisting greenhouses in maintaining their crop knowledge and operations — even after a grower moves on.

Irrigation in commercial greenhouses is a universal challenge. With Vineland’s first generation smart solution for irrigation coming to market and a next generation technology in the works, greenhouse operators will be empowered with a data-driven decision-making tool that can guide them toward optimal irrigation of their crops.