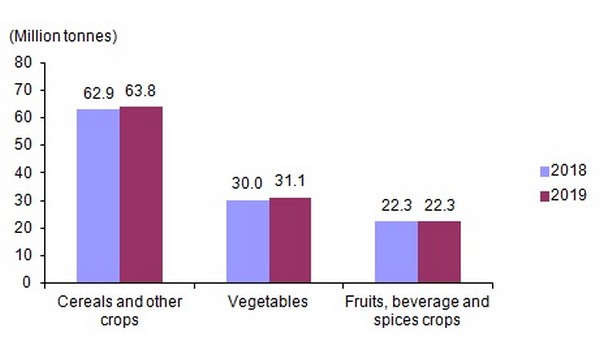 The production of some important crops in vegetables; increments became in tomatoes by 5.7%, in dry onion by 13.9%, in cucumber by 3.7% while decrements became as 4% in watermelon, 3% in green pepper, 1.6% in eggplant.

In the citrus group, decrement became in mandarin production by 15.2%. From nuts, walnuts production increased by 4.7%.