In summer 2019, a previously unknown disease occurred in greenhouses of c. 30 cucumber growers in Bavaria, Germany. From the first symptoms, a severe disease developed with weaker symptoms on younger leaves but strong chlorosis associated with leaf thickening on older leaves (Fig. 1). In most cases between 10 to 50% of the plants became symptomatic. In some cases up to 90% of plants were affected (Fig. 2), leading up to 50% yield loss mainly due to blossom drop and greatly reduced regeneration of shoots (Fig. 3).

Figure 1: Progressive leaf chlorosis in infected cucumber, from a younger (left) to an older leaf (right).

The observed symptoms as well as the presence of aphids as potential vectors indicated a putative infection with the polerovirus Cucurbit aphid-borne yellows virus (CABYV). In order to verify this, nine randomly collected symptomatic leaf samples (three each from three different growers) were tested by RT-PCR using a generic primer pair for the detection of poleroviruses (pair A; Abraham et al. 2007) and CABYV-specific primers (pair B; CABYV-s: 5′-ATGAATACGGTCGCGGCTA-3′ and CABYV-as 5′-CTATTTCGGGTTCTGGACCT-3′), both amplifying partially the coat protein gene. Products of the expected size were produced from each of the samples. One PCR product from each primer combination and sampling site was directly sequenced (Seqlab, Göttingen), revealing ≥ 99.7 % (primer pair A) and ≥ 99.6 % (primer pair B) sequence identity to each other, respectively. Sequence comparison using Blastn showed the highest nucleotide identity values with ≥ 98.4 % (A) and ≥ 99.8 % (B) to a CABYV isolate from Serbia (GenBank Accession No. JX262071), clearly identifying the polerovirus present as an isolate of CABYV. The obtained sequence of one sample was deposited in GenBank (MN746322). 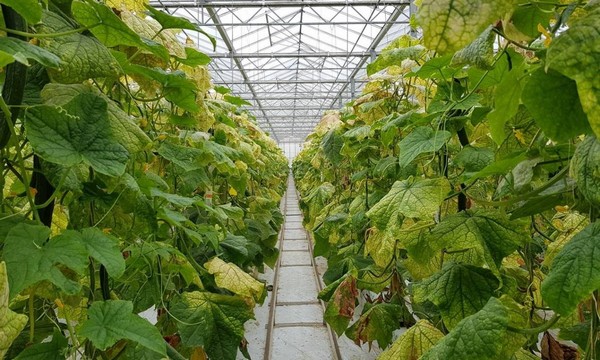 Figure 2: Heavily infested cucumber crop in a greenhouse in Bavaria.

The presence of CABYV was confirmed serologically, all nine samples showed a strong reaction in TAS ELISA (AS-1017-1017/1, DSMZ). Tests for the potential additional presence of potyviruses or Cucumber mosaic virus by RT-PCR were negative. In further samples taken from open-field cultivated plants in the same region, CABYV was detected by ELISA in courgette and pumpkin. In several samples, mixed infections with other viruses like Cucumber green mottle mosaic virus, Watermelon mosaic virus and Zucchini yellow mosaic virus were also detected (DAS-ELISA, DSMZ). 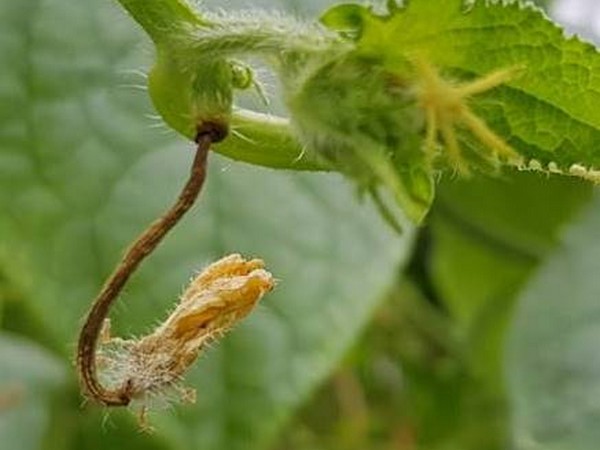 CABYV was first observed 1988 in France causing thickening and yellowing of leaves, particularly older leaves, of melon, cucumber and zucchini squash (Lecoq et al., 1992). Subsequently, the virus has been detected in other Mediterranean countries such as Spain (Juarez et al., 2004) and Italy (Tomassoli & Meneghini, 2007), and has recently also been reported from Poland (Zarzyńska-Nowak et al., 2019) indicating that it has spread further north. This is the first evidence of the occurrence of CABYV in Germany. Since the aphid vectors, as well as the known overwintering weed hosts (Lecoq et al., 1992) of CABYV are widespread in Germany, long-term establishment can be assumed. Control strategies in greenhouse cultivation must include efficient prevention of aphid introduction.