Portugal: Growing pineapples in a greenhouse

Since 1850, pineapples are grown on the Portuguese isle of São Miguel, the biggest island of the Azores. Originally an ornamental plant, but quickly used for consumption.

The large scale oranges cultivation on the island were hit by a disease, and a switch to pineapples took place. Augusto Arruda, whose nursery we see here, also took this decision in 1919. 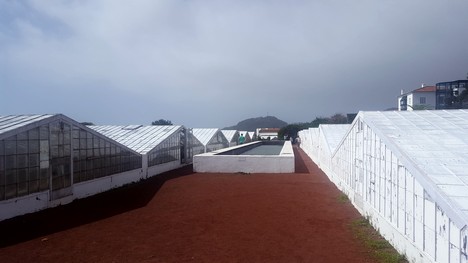 Admittedly, these pineapple greenhouses look nothing like modern ones, but here, they still perform well. 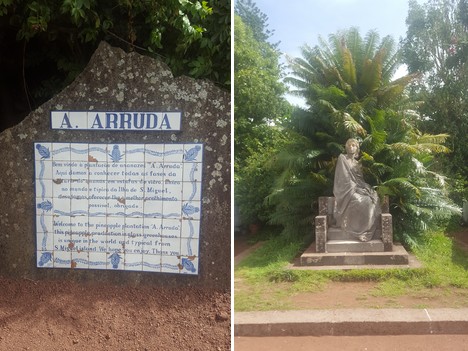 The grower and his family did well. In the beginning of the twentieth century, they became the largest pineapple exporter in the world. Nowadays, the export is minimal. Most pineapples are locally sold. Fresh, or processed in liqueur, chutney and various sauces, the Azorian pineapples are loved by the tourists which daily visit the white-chalked greenhouses of nursery Arruda, in which pineapples are still cultivated in the traditional way. 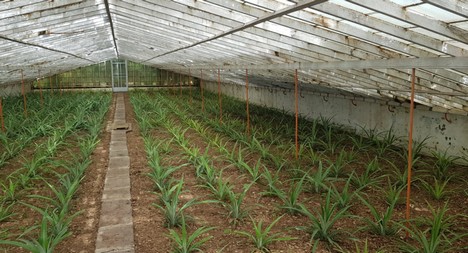 In total, the cultivation cycle of these pineapple takes eighteen to twenty-four months. It all starts with sprouts of plants which have already borne fruit. After breeding, the plant is placed in the greenhouse. The plants are growing on beds which are enriched with vegetable organic material and equipped with an irrigation system. 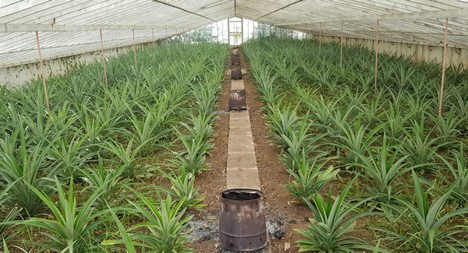 Four months after planting, 'smoking' takes pace in a closed greenhouse so the plants will grow uniformly. 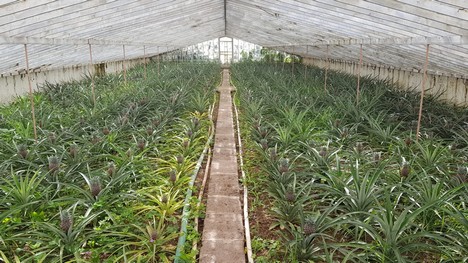 From the flowers, fruits grow from the plant. Leaves from the crown are removed so all energy is diverted to the fruits. 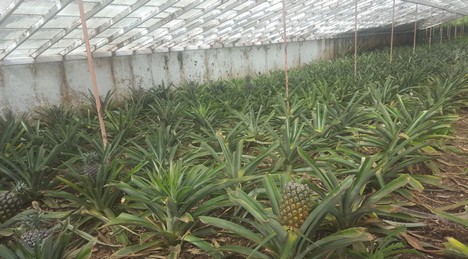 After 18 months, it is time to harvest the pineapples. The plants will be kept in the greenhouse for some weeks after. 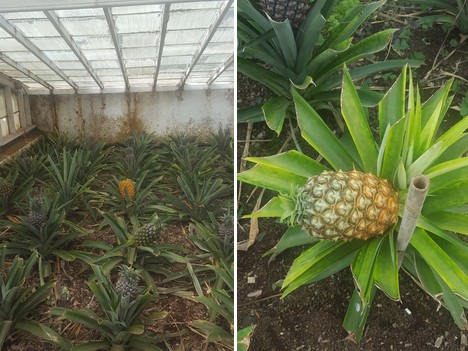