"Holidays and bad weather hardly cause a revival of Spanish vegetables"

In view of last Friday and Monday's holidays in Spain, it was expected that there would be additional demand for the vegetables from Almeria. According to Henk de Widt of WilkoFruit's purchasing department in Spain, this demand failed to materialise, contrary to expectations.

Henk has now been active for 27 years with imports from mainly the Almería and Murcia regions and has been strengthening the team at Wilkofruit in Breda for a few months now. "With the products that arrived in the past few days, there was no real price increase for any one." 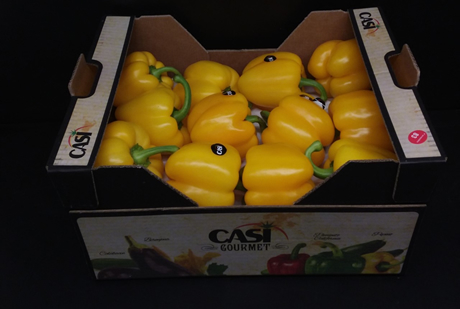 "Red peppers are currently priced between 8- 8.50 euros and the greens have also risen to this price level. The price for the (often slightly more difficult to sell) yellow pepper is around 7.50 euros. All in all, not bad prices for the season" , observes Henk. "You can see that everyone is hoping for the peaks that we saw last year in the market, but all this has not happened yet. The price of zucchini is now stable at around 6 euros. At the start of the season, the price was at a low level of around 4 euros for a long time, but has risen to 7 euros for a while and has been stable for some time now." 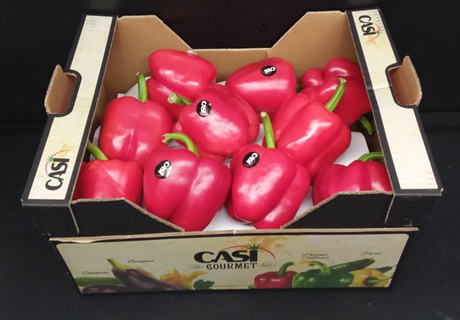 "With cucumbers it's a bit tedious, the price is around 4.50 euros for all sizes and that's quite remarkable, because you would say that for the 50's you get more for your money than the little ones," according to the buyer. "We are seeing a fairly good rise in the price of tomatoes. For beautiful M tomatoes, you can currently pay 7 to 7.50 euros. Actually, we see that the Spanish tomato price has been quite high in the last two years, a stark contrast to the Dutch tomatoes in the autumn."

The stormy weather in parts of Spain created the necessary mood in the market and in part also high prices for leafy vegetables. The effects in the long run are not very big according to Henk. "The prices have indeed risen quickly, but as soon as there is more supply, the price goes back quickly. For example, the iceberg lettuce is now again at a stable price level around 6 euros." 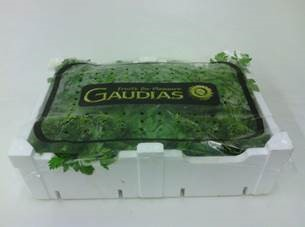 "We are also a major player in the herbal market, as far as Spain is concerned. Because of the enormous rainfall from a few months ago, many new plants had to be replanted. As a result, there were some bottlenecks which resulted in high prices. Enough product from these plants will arrive in the coming weeks, but prices will remain high this month," concluded Henk.