The Turkish horticultural market might have stabilized over the last years, but the climate for big investments is still a bit hesitant. The GrowTech Eurasia show that was organised last week again proved to be a hub for surrounding countries where also the high-tech industry is developing rapidly: Turkmenistan, Kazakhstan and Uzbekistan for example, but also the Middle East. 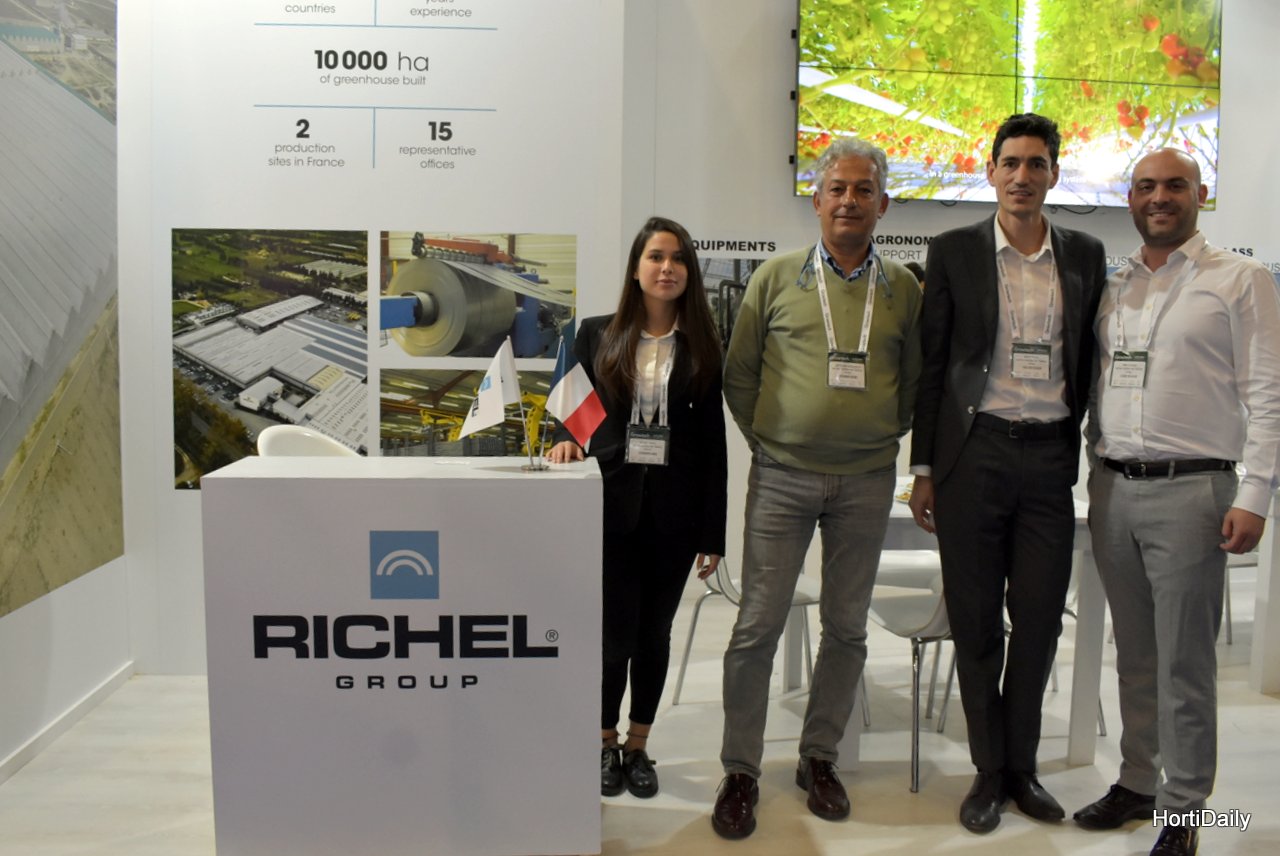 Duygu Yuksel, Brice Richel and Nima Djelveh from Richel Group, one of the international companies that has been doing business in Turkey for many years 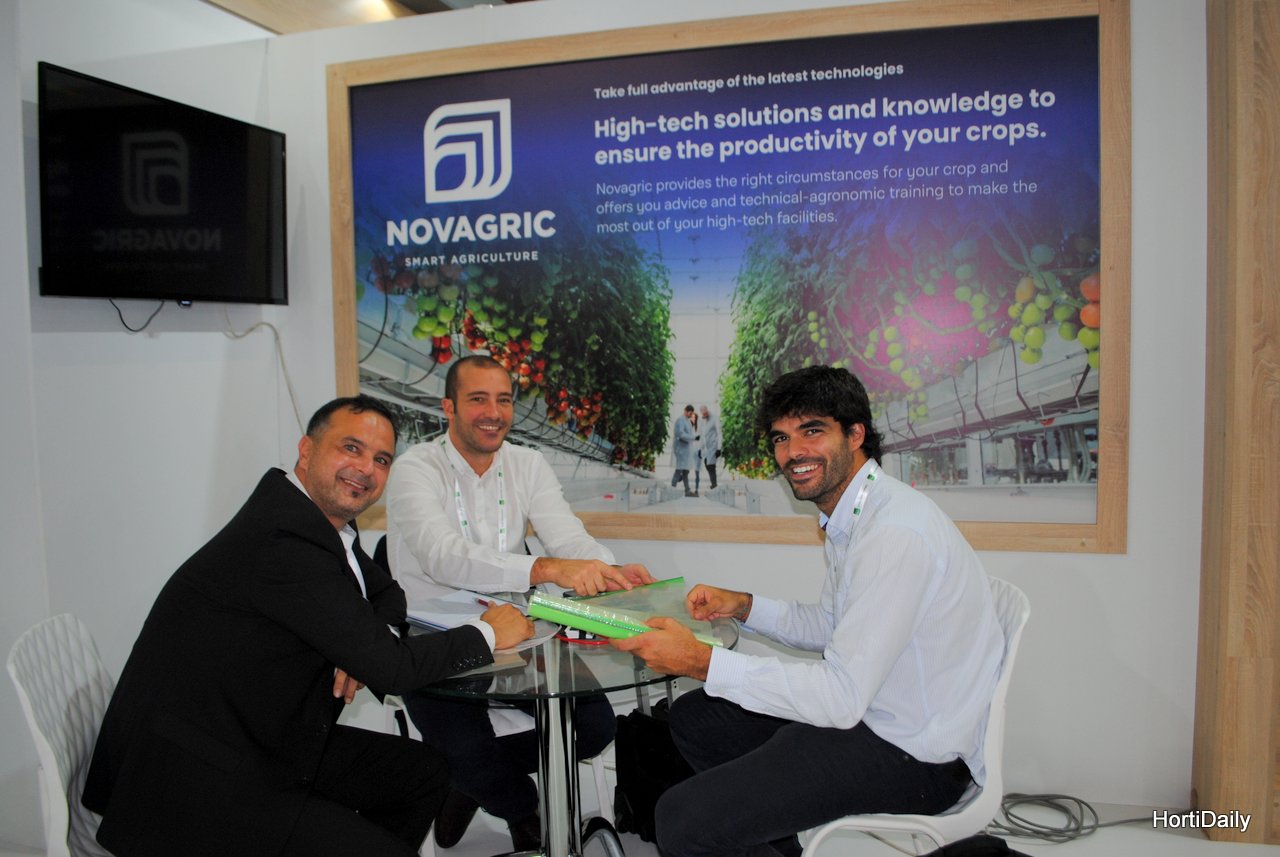 Turkish market
The GrowTech Eurasia is known to have two faces. On the one hand it is the annual event for the Turkish horticultural market. With local suppliers and breeders and an acreage of almost 80,000 hectares spread over the country, this low-tech market has seen some difficulties in the last couple of years but has stabilised by now, although the climate for big investments is still a bit hesitant.

Only a limited percentage of this market, say only two per cent, is high-tech. In general it can be seen that the global trend of growers shifting from soil to hydroponic cultivation is no different in Turkey. It helps growers to improve their production and their quality, and since Turkey is dealing with urbanisation as well, more and more consumers buy their produce from the shelves of the supermarket, meaning that they want a stable quality and a more durable shelf life - creating a shift in the market that before mostly sold its produce on local markets and in bazaars.

Growers from this low- and mid-tech market visit the GrowTech in high numbers and meet up with suppliers and breeders that either have a local enterprise or do business with local companies, a collaboration that's necessary for international companies to gain success in the Turkish market, since its culture has proven to be one of a kind and also insecurities around payment conditions and the exchange rate provide hurdles for foreign countries. International market
Can you say -Stan? It's one of the most used suffixes at the GrowTech Eurasia. Turkmenistan, Azerbaijan, Kazakhstan, Uzbekistan, Tajikistan and even Kyrgyzstan are all countries where high-tech horticulture is gaining ground.

Ever since Russia decided not to be completely self-sufficient but to keep relying on imports to be less vulnerable for crisis, the export opportunities for these satellite countries have been rising. Since there's a lack of local suppliers and a knowledge gap, many projects are developed turn-key.

Collaborations from the show
In order to serve these countries with complete greenhouse concepts, suppliers are collaborating. One of these examples is the newly launched Keyway collaboration, consisting of Dutch and Turkish companies: Timfog, Munters, Priva, Thermeta, Eiton, Bom Group, Crone, and Fiberli Grow Light are unitedly helping growers with a total concept. 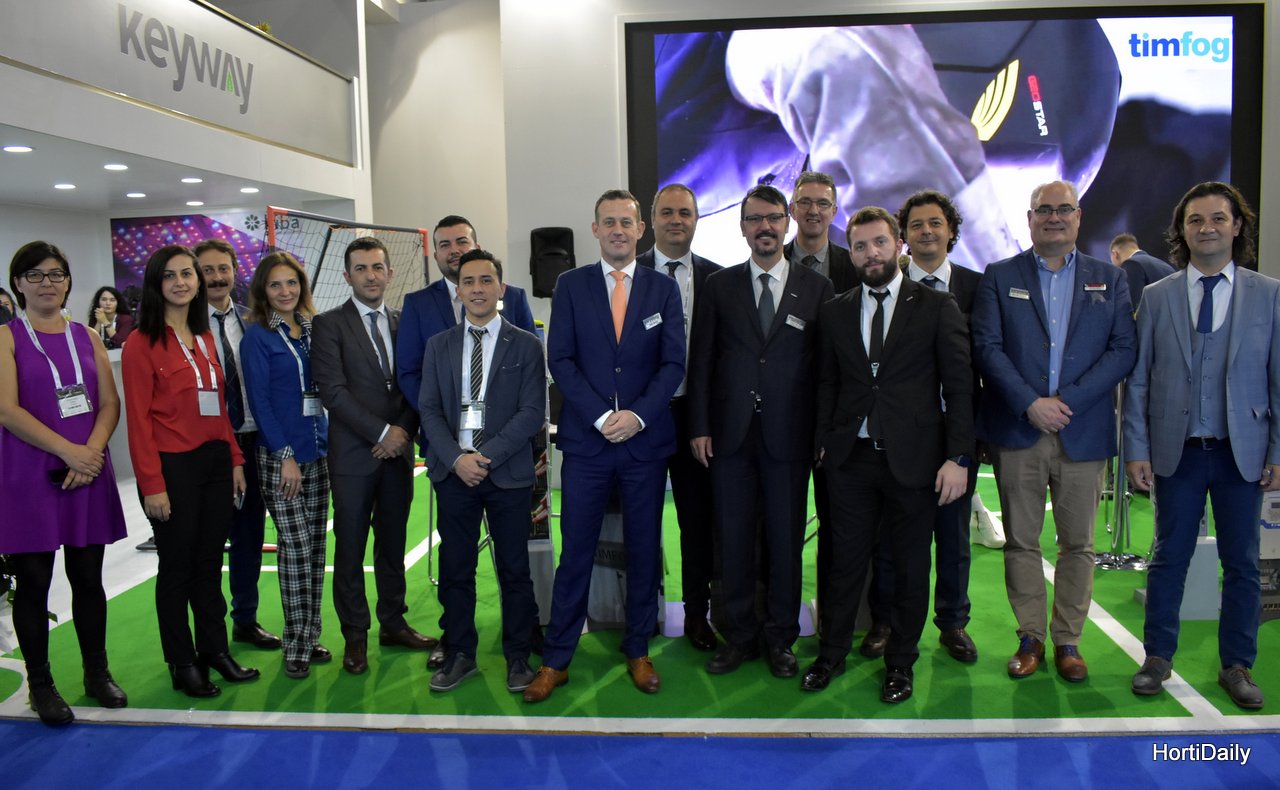 All the companies with Keyway

Middle East
Other export markets of relevance to international companies are the Middle East. Qatar, for example, but also the UAE and Saudi Arabia are of relevance since horticulture is rising fast in the Gulf region. Then there's North Africa: also Egypt has been named as country to look at.

Both worlds
The combination of the suppliers active for the local and the international market results in a show that on the one hand consists of breeders and local low-tech suppliers and on the other hand shows high-tech LED and climate solutions. In both ways the show proves to fulfill a demand and especially since the international markets stabilise, the opportunities to do business are again on the rise.