Best Fresh has reached an agreement with the administrator handling the bankruptcy of greenhouse horticulture company A.C. Hartman on acquiring its assets. The 58-hectare greenhouse facility was declared bankrupt almost two weeks ago. 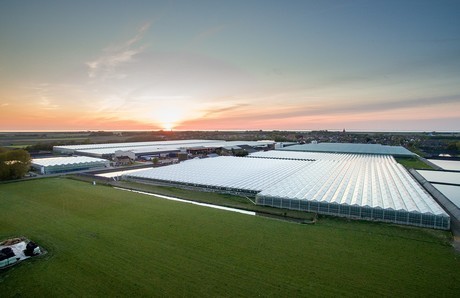 "The purchase is a logical next step for Best Fresh in its strategic development and brings an end to a period of uncertainty for employees and customers of A.C. Hartman", the companies say. "For many years, A.C. Hartman has been an absolute top performer in the greenhouse horticulture sector, growing cucumbers, tomatoes and peppers for major customers in the Netherlands and abroad. Founded almost half a century ago, it recently encountered financial difficulties when its Belgian parent filed for the company’s bankruptcy."

Mart Valstar, owner of Best Fresh, states: “We are delighted to have acquired the assets of A.C. Hartman. The company delivers quality products and is a welcome addition to our company, especially our organic foods division. With A.C. Hartman, we will be better able to meet the needs of customers who want direct delivery.”

End of a turbulent period
Kenaad Tewarie, acting director of A.C. Hartman, says: “We are now reaching the end of a turbulent period. We have guided the company through a process of restructuring and bankruptcy ultimately became unavoidable in order to ensure a healthy future. Best Fresh will benefit from a great company with motivated employees, high-quality products and loyal customers. Everyone involved deserves this fresh start with a strong new owner.”

During the takeover talks, which started after the bankruptcy order on 1 November, the grower of cucumbers, peppers and tomatoes 'just' continued to grow on the full 58 hectares. "A big advantage, which made a quick restart possible", says curator Hillie Lunter the day after the news about the restart. "Best Fresh has taken over the assets, i.e. the real estate such as the glass stands and all movable property such as machines and suchlike, and can make a fresh start.

Ongoing investment
The bankruptcy has not yet ended. "After a period of intensive acquisition discussions, we are now going to investigate the causes of the bankruptcy. In accordance with the rules, I will make an initial report within four weeks, followed by an update every three months." And of course, the creditors will also be listed. "Best Fresh isn't a part of this", assures Lunter.

Acquintancy
Over the next few weeks, Best Fresh will acquaint itself with the staff, customers and methods of cultivation. As a result of the takeover, the import and export company will become owner of a large nursery, as spokesman Dick Braakhekke, on behalf of Best Fresh, has stated. "That's what the company wanted and with Hartman the opportunity arose."

The aim is to continue the company as far as possible in its current form, retaining jobs and preserving the sense of community and pride in Friesland. Currently under administration, A.C. Hartman employs 70 permanent staff and supplies such leading names as Bakker Barendrecht and Albert Heijn.

Ongoing delivery
The 'normal delivery' of the customers will continue via Hartman. "With the advantage that Best Fresh can also be used to deliver directly to retailers, if customers want to," said Braakhekke. The management of Best Fresh did not want to go into further details yet. "The ink has just dried." In the coming period, it will have to become clear what investments will be made.

Financial information about the takeover of assets will not be released.