Last month no fewer than nine Boman Van Zaal colleagues celebrated their 12.5 years of employment, so it was time for an anniversary drink for Erwin, Ron, Walter, Remco, Bastiaan, Roy, Rob, Davy and Eddy. 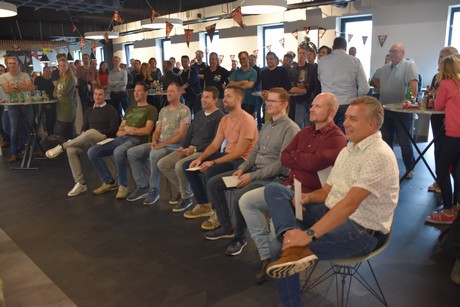 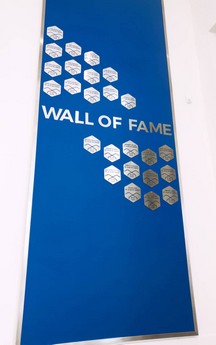 The anniversary drink was also accompanied by the unveiling of a real Wall of Fame.

"We are very proud of our colleagues who have been with us for more than 25 years," says Bosman Van Zaal. "That's why they deserve a place on our WoF." The wall which of course was produced with their own hands and machines.

For the nine colleagues celebrating their 12,5 year anniversary, a place is said to be kept free on the wall since the company hopes they will continue their employment with BVZ for a long time.