“It was a good year for the growing pepper market” 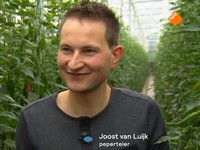 “All-in-all, it has been a good year for peppers”, says Joost van Luijk of Hot Pepper King, the morning after the pepper cultivation company from the Dutch Nootdorp, was on the Dutch Tv-show ‘BinnensteBuiten’. “In terms of ups-and-downs in production, the market for these hot peppers is comparable to the bell pepper market, but the demand is increasing now that the pepper is being used more and more in the Dutch kitchen. The same goes for us because we are going from 2.4 hectares this year to 3.1 hectares next year when we start growing in an even larger rental greenhouse.” 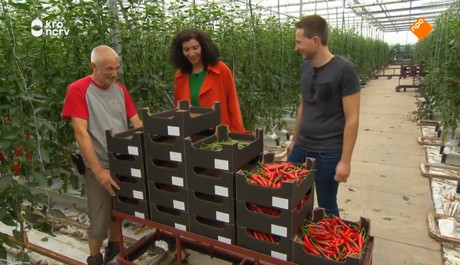 Every year Joost, a fifth-generation grower in the 120-year-old family-run company he runs with his father Ad, grows 19 million kilograms worth of peppers from April to December. The red cayenne pepper is the most accessible of the peppers they grow, but they also grow very hot peppers like the Naga or the California Reaper. 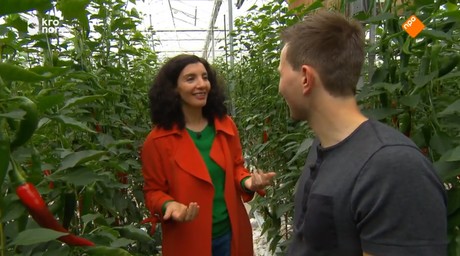 Tv-chef Nadia Zerouali wanted to know why they grew these peppers, even though most people who eat them raw would nearly get a heart attack, according to Joost. Joost and his father responded with the fact that these days it is ‘the hotter, the better’, but that the real hot peppers mainly get used to stew dishes or provide extra flavor. “You definitely won’t find them in a pre-cut bag of mixed vegetables.”

As is the tradition in this program: cooking together with fresh ingredients. In this case, harissa, a red hot sauce.