Grafting plants onto specially bred rootstocks is a practice that is common in tree crops. Grafting confers resistance to soil-borne diseases and pests, requiring less inputs and leading to sustainable crop productivity. It is now being used in some vegetable and fruit crops, such as tomatoes, eggplant, watermelon, cucumbers and cantaloupe. 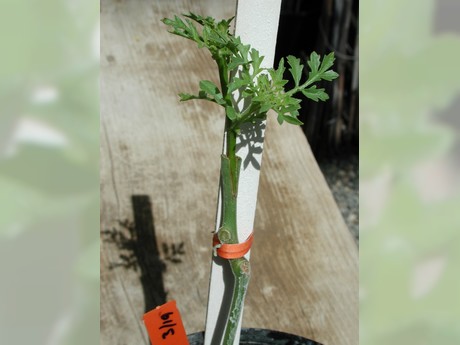 “Grafting conveys a lot of merits in terms of disease resistance and yield maintenance. It enriches the production practices by introducing more variety. And by making impossible things become possible,” Wang said.

Vegetable grafting has been used since the early 2000s, but to many agriculture students the idea was new, reported Stoeckl.

“We're moving forward and advancing with our food which I think is interesting because we used to be all natural and simple but now it's all scientific,” said senior agriculture major Madeline Morataya.