Gordon Food Service and Square Roots, an urban indoor farming company, have celebrated the opening of their partnership’s first co-located farm at a ribbon-cutting event on the campus of Gordon Food Service’s headquarters in Wyoming, Michigan. In addition to executives and staff from both companies, guests included customers and local, state, and federal government officials. Attendees learned more about the facility, including a tour of the indoor farm’s operations.

In his remarks, Rich Wolowski, President and CEO, Gordon Food Service said, “We’re building exciting relationships with change agents that are helping to reshape how food is produced, prepared, and served - and Square Roots is a great example of leading-edge thinking and technology driving new solutions. We know it’s imperative that we participate in the future, today, to ensure we are relevant tomorrow, and this is a model that could help revolutionize our food systems. And it’s great that we can prove the concept in our own backyard.” 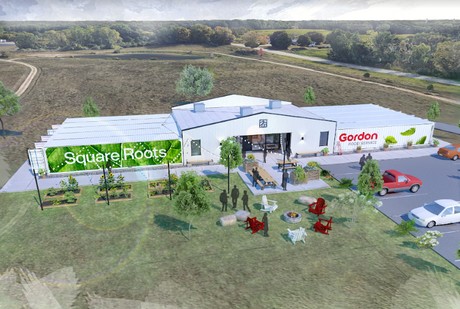 The modular indoor farm, sited on less than two acres of the Gordon Food Service headquarters property, was almost immediately in production following construction completion earlier this month. The ten cloud-connected growing units, employing digitally-controlled hydroponics and LED lighting systems, are projected to produce more than 50,000 lbs. of herbs and greens annually, or roughly the equivalent production of a traditional 50-acre farm. Square Roots says its produce will be non-GMO, pesticide-free, and harvested all year long. Initial crops will include basil, chives, and mint. The herbs will be sold to local foodservice customers in Grand Rapids as well as throughout Michigan, northern Indiana, and Ohio.

The companies noted that this first farm installation serves as a template, with ambitions to see additional indoor farms on or near Gordon Food Service’s more than two dozen distribution centers across Canada and the eastern U.S. 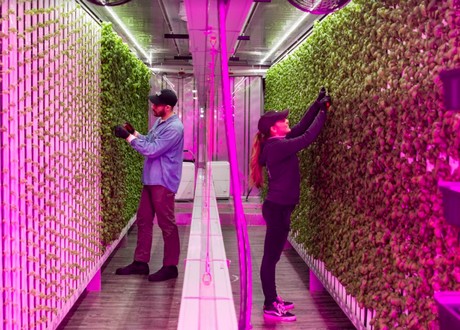 Tobias Peggs, Square Roots Co-founder and CEO, noted, “This partnership reflects our shared commitment to local, real food and at a scale that will serve people and communities across North America. But it’s also Square Roots’ mission to empower the next generation of leaders in urban farming. Through our Next-Gen Farmer Training Program, we train future farmers in all aspects of local food systems—from seed to shelf. And with each new Square Roots farm, the Next-Gen Farmer Training Program opens doors for more young people to start exciting careers in the agriculture industry.”

The new farm is tended by a cohort of Next-Gen Farmers selected by Square Roots as part of their Next-Gen Farmer Training Program, which has attracted thousands of applicants. Half of the Michigan team hails from in-state while others come from as far away as Texas and New York. 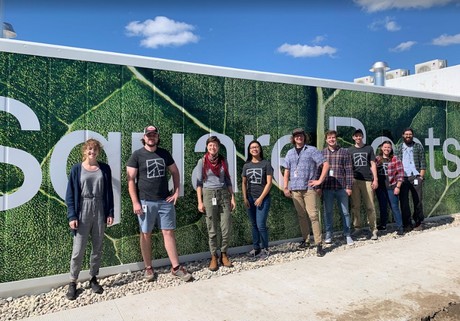 Wolowski stated, “We are excited to be the first broadline foodservice distributor to host an urban farm, with the ability to bring fresh, hyper-local produce to our customers year-round. It’s an important example of our pursuit of innovation to better serve our foodservice customers, and our customers’ customers, while answering the growing demand for fresh, nutritious and local food.”