Maxstim is a 100% natural biostimulant from vegetative origin, which uses a complex, precise blend of naturally occurring primary and secondary plant metabolites which stimulates growth and resistance. Maxstim is a plant primer, an elicitor and has biostimulant-like effects. 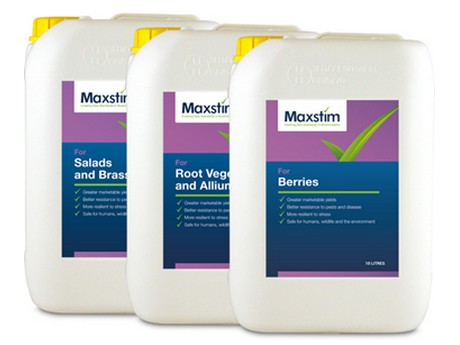 Maxstim boosts chlorophyll production
Plants become greener for different reasons, it is not always because of adding nitrogen (N). When plants treated with Maxstim become more green, it is due to Maxstim working systemically and influencing specific genes in the plant. This is being demonstrated following gene ontology enrichment analysis (RNA sequencing).

In tomato plants, for example, Maxstim significantly effects 4181 genes (FYI, a tomato plant has 31.760 genes). A gene ontology enrichment analysis shows there was enrichment for differentially expressed and up-regulated (stronger expressed compared to normal) genes from the porphyrin and chlorophyll metabolism pathway. It has been proven that 13 up regulated genes are part of the pathway that increases chlorophyll production and they are positively influenced by using Maxstim.

Porphyrins are ring-shaped molecules and they are largely responsible for pigment in everything from chlorophyll in plants to haemoglobin in blood. Porphyrins are Master Molecules at the centre of producing energy, transporting oxygen and generally sustaining life. Different porphyrins allow plants to absorb more light which helps to drive photosynthesis.

Maxstim helps production improvements in flowering crops like roses and alstroemeria. Crops become more green, visually possible to see but it has also been proven by SPAT measurements. 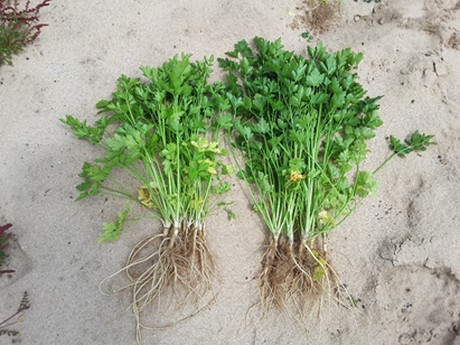 Example of the effect of Maxstim in parsley, showing the effect in key processes

Precise blend of ingredients
Maxstim is helping a lot of key processes in the plant, because it is a multi-compound, precisely blended product. In this way, the key processes of the plant have access to different ingredients in the Maxstim solution, when it is needed.

Maxstim contains for example: direct and indirect available sugars (for example molasses), seaweed extracts (ascophylum nodosum), plant extracts (with a high level of phytoalexins, important for the defense system of the plant), amino acids (all 21 free available aminoacids!), trace elements (like for example Magnesium and Copper) and more.

Maxstim will be present at the Fruit Attraction in Madrid, from October 22nd – 24th, booth nr 4D-10A.