Working towards a fossil fuel-free future

by Rachel Anderson for GreenTech

Which fossil fuel-free options are most interesting for growers?
Their advice was published this year (2019) in a study, named Horticulture without Fossil Energy, that investigated how the Dutch government’s goal of virtually eliminating carbon emissions by 2050 (and halving it [compared to 1990 levels] by 2030) fits with the options available to the horticulture sector.

Whilst this piece of research was based on Holland’s economic circumstances, it arguably offers growers across the world some food for thought – not less because many other countries/economies share the same goal of becoming carbon neutral by 2050.

Speaking this June to an audience at the GreenTech exhibition in Amsterdam, Feije de Zwart – WUR’s researcher in greenhouse technology – revealed that researchers examined several options, including: 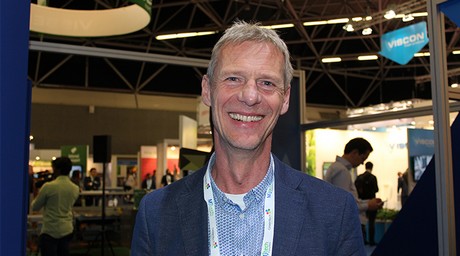 How can growers help reach worldwide carbon neutral goals?
De Zwart explained that the researchers quickly ruled out the “unrealistic” option of lowering the glasshouse’ set points. “The smart grower, nowadays, knows what levels are acceptable and has already diminished those to the maximum.” The next step was to find out which of the fossil fuel-free options are the most interesting for growers. De Zwart explained: “What makes an option interesting or not is not the technical but the economic properties.”

The team worked with AAB Netherlands to calculate the near-future cost (€/m2year) of the various energy sources, taking into consideration variables such as energy taxes and levies, and the maintenance of equipment. These calculations were made for several key glasshouse crops, including tomatoes (illuminated and non-illuminated), chrysanthemums and radishes.

Energy-conserving techniques could help mitigate rising fuel bills
The model concluded that, overall, all energy costs (including the cost of renewable energy sources) will go up – but that this cost increase can be limited by adopting energy-conserving techniques and new ways of heating. Interestingly, the popular combined heat and power (CHP) method – which sees the excess electricity it generates sold to the “grid” – will no longer be economically viable. This, explained de Zwart, is largely because the price that growers will get for the excess electricity will be relatively minimal. “Growers will start much more to import [electricity] instead of selling [it], which means that the demands from the electricity grid will grow.”

Alternative heating methods
Alternative heating methods will include the utilisation of geothermal heat, industrial waste heat, and heat from incinerators. With this in mind, De Zwart advised his audience to involve themselves in municipal or regional infrastructure projects, as these kinds of heat sources are often linked to regional distribution systems. He also noted that the temperatures from these heat sources tend to be much lower than the current systems are accustomed to. One way of compensating for this would be to increase the number of pipes in the glasshouse.

Growers advised to harvest excess heat from glasshouses
The report also recommends that growers harvest excess heat from their own glasshouses. De Zwart said: “During the summer, there is so much solar light and heat excess from that [light] that it easily compensates for the heat demands in winter.” He suggested that this heat could be stored, for example, in a subsoil aquifer system and used in winter with the aid of a heat pump. In fact, heat pumps – which help to capture or transfer heat – will be an integral part of future systems.

De Zwart concluded that, in general, “putting effort into low thermal heating systems pays off everywhere, irrespective of whether you are linked up to a heat distribution system or if you acquire heat from the greenhouse yourself.” Improved insulation and the de-humidification of heat recovery might also pay out in future.

De Zwart added: “Be prepared for the future. If you build a new greenhouse now then build it in such a way that you can already add a second screen, for example, so that it will not be too difficult to go towards a low-temperature heating system.

This project was funded by “Kas Als Energiebron”, an innovation and action program supported by the Ministry of Agriculture, Nature and Food Quality and the growers association LTO-Glaskracht Nederland.