Once dismissed as ‘junk DNA’ that served no purpose, a family of ‘jumping genes’ found in tomatoes has the potential to accelerate crop breeding for traits such as improved drought resistance.

Rider transposons are well-known for causing the elongated shape that we see in plum tomatoes, but new research has found they may also play an important role in a plant's response to drought.

Researchers from the University of Cambridge’s Sainsbury Laboratory (SLCU) and Department of Plant Sciences have discovered that drought stress triggers the activity of a family of jumping genes (Rider retrotransposons) previously known to contribute to fruit shape and colour in tomatoes. 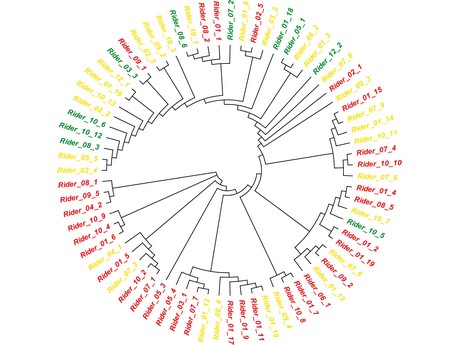 The Paszkowski research team mapped the Rider elements on a phylogenetic tree to gain a better understanding of how old the different Rider transposons are in evolutionary terms.

Their characterisation of Rider, published in the open-access journal PLOS Genetics, revealed that the Rider family is also present and potentially active in other plants, including economically important crops such as rapeseed, beetroot and quinoa. This highlights its potential as a source of new trait variations that could help plants better cope with more extreme conditions driven by our changing climate. This wide abundance encourages further investigations into how it can be activated in a controlled way, or reactivated or re-introduced into plants that currently have inactive Rider elements so that their trait diversification potential can be regained. Such an approach has the potential to significantly reduce breeding time compared to traditional methods.

Transposons, more commonly called jumping genes, are mobile snippets of DNA code that can copy themselves into new positions within the genome - the genetic code of an organism. They can change, disrupt or amplify genes, or have no effect at all. Discovered in corn kernels by Nobel prize-winning scientist Barbara McClintock in the 1940s, scientists are increasingly realising that transposons are not junk at all but actually play an important role in the evolutionary process, and in altering gene expression and the physical characteristics of plants. 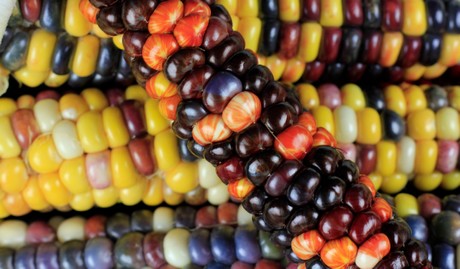 “Transposons are fantastic entities that carry potential for crop improvement,” said Dr Matthias Benoit, the paper’s first-author who was a member of Dr Jerzy Paszkowski’s team at SLCU and is now based at Cold Spring Harbor Laboratory in New York, USA. “Transposons are powerful drivers of trait diversity, and while we have been harnessing these traits to improve our crops for generations, we are now starting to better understand the molecular mechanisms involved. The Rider transposons have been instrumental in generating major agronomical traits in tomatoes, but not much was understood about how this transposon family worked. By achieving controlled activation of Rider, we have been able to shed light on the regulation of these transposons by drought stress as well as epigenetics (altering how genes are expressed without altering the underlying DNA sequence).

“Recent improvements in analysis tools and tomato genetics resources allowed us to characterise the Rider family and also develop a predictive sequencing and analytics pipeline (computational tool) that can be used to predict if Rider is present in any plant genome, including crop species that have large and highly complex genomes.”

The new pipeline (LTRpred), developed by SLCU bioinformatician Dr Hajk-Georg Drost, who is now taking on a new role as Computational Biology Group Leader at the Max-Planck Institute for Developmental Biology in Tuebingen (Germany), enabled the team to pinpoint all potentially active Rider copies within the tomato genome and then test through experiments their potential function. “Due to the functional prediction with LTRpred and the wet-lab experiments we were able to see that Rider elements are activated by drought stress which beautifully fits the evolutionary history of the tomato crop,” said Dr Drost.

“Today’s gene targeting technologies are powerful, but they often require some functional understanding of the underlying gene to yield useful results and would usually only target one to a few genes. However, transposon activity is a native tool already present within the plant that we can harness to generate­­­­ new phenotypes or resistances and which can complement gene targeting efforts. For example, in a large population size, such as a tomato field, in which transposons are activated in each individual we would expect to see a diversity of new traits. By controlling this ‘random mutation’ process within the plant we can accelerate this process of generating new phenotypes that we could not even imagine since we often lack the functional understanding of how multiple genes interact in a gene regulatory network. These completely novel phenotypes could then be refined and optimised by gene targeting technologies.”

Using a second tool developed by Dr Drost (metablastr), they found that Rider is present in several plant species, but mostly seemed to have been active in the past (in those related species) rather than in currently living individuals.

Using the jumping genes already present in plants to generate new characteristics would be a significant step forward from traditional breeding techniques, making it possible to generate new traits in crops that have traditionally been bred to produce uniform shapes, colours and sizes to make harvesting more efficient and maximise yield.

Dr Benoit said such an approach has the potential to significantly reduce breeding time compared to traditional breeding, with anticipated new phenotypes appearing in as little as one generation. “Using transposons also offers a transgene-free method of breeding that acknowledges the current EU legislation on GMOs,” said Dr Benoit.

“Identifying that Rider activity is triggered by drought suggests that the drought-response elements in Rider can create new gene regulatory networks that would help a plant respond to drought. This means that we could harness Rider to breed crops that are better adapted to drought stress without having to only rely on the existing gene regulatory networks present in crops. This is particularly significant in times of global warming, where there is an urgent need to breed more resilient crops able to sustain extreme climates.”

“The next big question is to understand what controls the transposition event itself and the insertion of the transposon back in the genome. A second important point relies on the stability of the new transposon insertions and resulting traits, which is critical for maintaining the new plant features throughout the breeding process.”