both tomatoes and guests

Axia Vegetable Seeds recently held a Customer Appreciation Dinner. This event was held at the Mastronardi Estate Winery in Kingsville/Leamington, Canada. The evening started with a vibrant cocktail party where the Axia varieties were presented. The evening was rounded off with a buffet dinner. 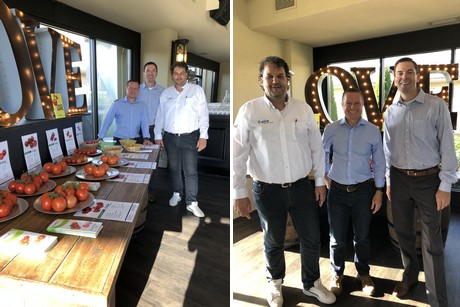 With many varieties being presented and many growers present it turned out to be a great evening.

There were several Dutch people at the event. They are all employed by Canadian companies. The Dutch delegation had to, of course, pose for a photo. 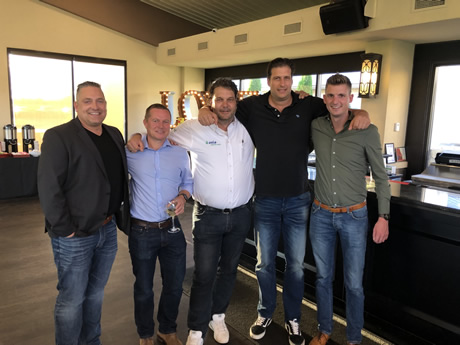 Trade shows coming up
Axia Vegetable Seeds will be present to share more information on their new varieties on various upcoming shows including the Canadian Greenhouse Conference (stand 1104) and the PMA Fresh Summit (stand 2937).