M.K. Exports on the mango season

“Airfreight costs have been rising steadily for the few past years”

The mango season in India has recently ended and overall it’s been quite a good season for Indian exporter M.K. Exports. New varieties are finding their way into Europe, but the costs of transport are rising year after year.

Manoj Barai is the general manager for M.K. and has three new varieties to thank for the great Indian mango season. “This season we’ve started exporting the Charsle and Cherry variety to the United Kingdom, Canada and Germany. We got quite good feedback, except one of the varieties we sent to Germany was smaller than the consumers were used to. So that variety wasn’t as successful in that region. We did see prices increase slightly this season, but overall we also managed to export slightly more than previous years.”

India has been dealing with floods recently, but the scorching hot weather in the second period of the season actually posed to most challenge. “There as a period where the weather was so hot, it caused burn-outs. It meant we had to change how we dealt with the fruits, as it was still perfectly acceptable for processing. We started the processing in hot water and gradually turned it down to more acceptable levels.” Barai explained. 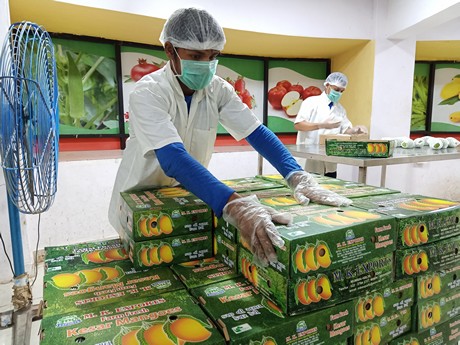 The weather was not the only challenge during the season according to Barai. “After the ban on Indian produce had happened, everything was kind of toned down for a while. Now that we can export freely to most areas again, the biggest challenge was having the capacity to deal with the demand. There were limitations on the use of the packhouses, as well as dealing with the increasing costs of transport. The costs of logistics have been rising steadily for the past few years, especially air freight.” 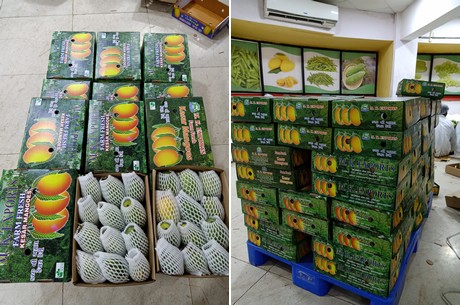 Despite Trump holding tariffs over India’s head, it is the market M.K. Exports would like to expand to at some point, after already having done a couple of trial shipments. “The US market has great potential for us. Although the tariffs could increase the prices of our mangoes for sure, I don’t think that will have much effect on the demand from the consumers. New markets are always exciting, as we also started shipping to Sweden a while ago. First, we only shipped two varieties to the Swedish markets, but they responded really well to trial shipments of one of our new varieties as well.” 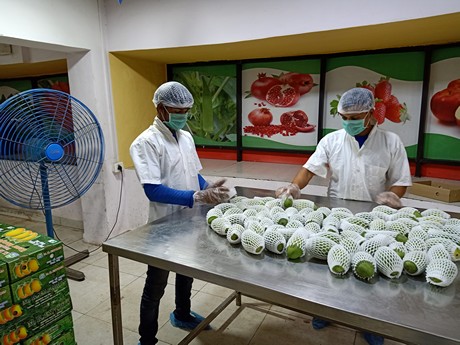