US: NYC’s bougie restaurant chefs get veggies from Staten Island

Just a few miles away from the former Fresh Kills landfill, a small farm on Staten Island is growing vegetables for the city’s most elite restaurants — including the extremely not dumpy, three-Michelin-starred Per Se. It turns out, bougie chefs can’t get enough of Staten Island’s dirt.

“There’s something different about the terroir,” Per Se’s chef de cuisine, Corey Chow, tells The Post of the quaint 2.5-acre Heritage Farm, which grows roughly 40 percent of the Thomas Keller restaurant’s vegetables. 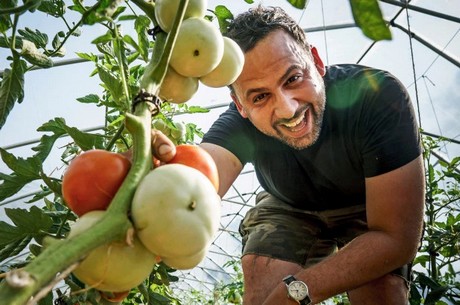 For the past three years or so, Per Se has been buying veggies from the 7-year-old sustainable farm at Staten Island’s Snug Harbor Cultural Center and Botanic Garden. Other big-name restaurant clients include Keller’s TAK Room, Keith McNally’s Minetta Tavern, Brooklyn favorite Buttermilk Channel and the 12-seat acclaimed sushi spot Shoji.

These restaurants scoop up everything — from super rare alpine strawberries to suddenly everywhere shiso leaves — and love that it comes with the street cred of being grown in New York City.