Advice from industry veteran: “Don’t listen to the naysayers.”

When you make the jump from the fashion industry into produce, it’s a heck of a leap.

“I kind of fell into it by accident,” says Jeannie Smith of E Foods in Altamonte Springs, Fl. While she had a four-year degree in marketing and fashion merchandising and was working in the fashion industry, a serendipitous meeting with Emerson Elliott, the owner of E Foods, is what set the whole transition in motion. “He said he could use my help and the rest is history,” says Smith.

This was 25 years ago when Smith stepped into the produce industry. Today, Smith is the operations manager for E Foods and feeling quite at home in what was once her “new” industry. 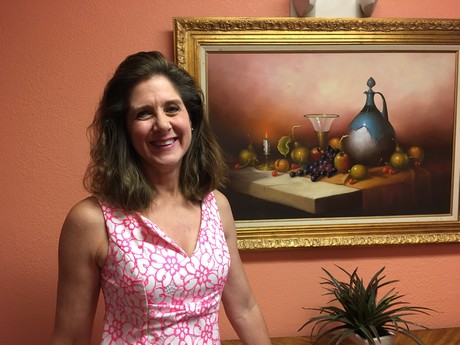 Key starting point
When she began, Smith started out in administration as an assistant. “Back then, they did prices over the phone. I implemented things like the price sheet program,” she says. Her work helped her move up the company from administration assistant to sales assistant and now of course, operations manager.

Starting from administration in the company was critical, believes Smith. “It was like building a house,” she says. “You have to have a good foundation with walls up before you can put the roof on. This way, you have a thorough understanding of what everybody in this company does. I can walk in their shoes if I need to.”

What helped her move up in the company was, partly, incorporating her marketing expertise into E Foods. “When I first started here, they were great at sales but there weren’t the nuances of marketing and developing relationships with customers. There were great relationships but relationships aren’t one-sided,” she says. “There are so many ingredients in the pie to make that pie taste better. I like to think that I helped round out E Foods.”

Women in the industry
And as many women who’ve worked for some time in produce know, challenging gender stereotypes was an issue Smith had to contend with as well. “In fashion, men and women are treated equally and women are valued just as much as men,” she says. “But 25 years ago in the produce industry, it was very tough. I was shocked at the way I was treated by men. I can’t tell you how many times I’d attend meetings with a man and they’d say, ‘Hon, can you get us some coffee?’”

Thankfully, that is one of the welcome changes she’s seen in her time in the produce industry. “I’ve seen more women come into produce which is fantastic. That’s a growing trend and I absolutely love it,” Smith says. “The opportunities are more open to women now than they were 25 years ago because there are more women in produce and the mindset has changed with men.”

It’s not the only trend of course she’s seen in the industry over time. “I like the fact that there’s more technology in produce than ever before. I think that’s only going to help all of us,” she says. “I also like that there’s fresh-cut and now pre-packaged things essential for busy families. Grab and go bags add another dimension. To keep people interested in produce, you have to come up with different things.”

More food trends
She also welcomes the trend of consumers wanting more knowledge about where their food comes from. “I like that they’re interested in what they’re consuming,” she says. “They’re asking for things like locally grown produce and they’re holding people’s feet to the fire about genetically modified organism (GMO) items.”

Looking ahead, she continues to look for trends in the industry but—looking back as well—she also has a bit of advice to those starting out. “Don’t listen to the naysayers,” she says. “Especially for young women. When you’re in your 20s you can easily be influenced and doubt yourself. Don’t listen to them and reach for the stars instead.”