Tomatoes from New Zealand in the limelight

The Horticulture Conference will take place on 31 July – 2 August at Mystery Creek, Hamilton (New Zealand). The TomatoesNZ AGM is at 4pm on Wednesday 31 July.  Prior to this are presentations from a range of speakers including many that will appeal to covered crop growers. View the programme and register at https://conferences.co.nz/hortnz2019/

Tomatoes winter publicity campaign
Last winter there was a spike in imported tomatoes with over double the number imported compared with the year prior. This was due to a combination of higher pricing in the local market and low prices in Australia making it attractive to import. TomatoesNZ reports: "We did have some issues raised during this time where some imported Australian tomatoes were not labelled correctly. All tomatoes imported from Australia need to be irradiated to meet New Zealand’s biosecurity requirements and Food Standards Australia New Zealand (FSANZ) requires anyone selling irradiated produce to clearly label it at point of sale." 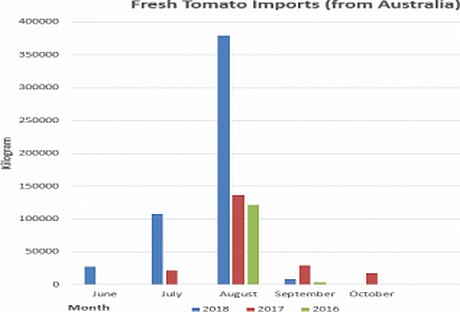 To help remind retailers of the labeling requirements and provide fresh information on what makes New Zealand grown tomatoes great, TomatoesNZ are preparing some new promotional material. There will be information aimed at both consumers and retailers. This campaign will be launched shortly to coincide with when tomato supply reduces over the colder winter months. The promotional campaign is aimed at:

TomatoesNZ members will be provided with further details and links to two informative animations soon. These animations provide useful information about tomatoes in a fun and easy to understand way, and are designed to share with your customers and distribution networks. 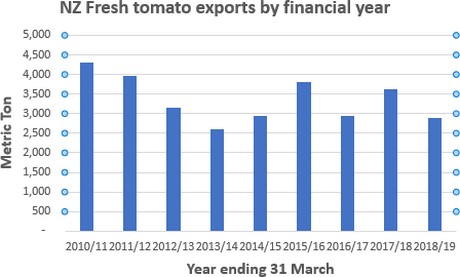 Exports to Japan have continued to strengthen, however demand in Australia has dropped due to investments in tomato growing there over recent years. New Caledonia and Canada continue to also be key markets for New Zealand grown tomatoes.