Organizing a Water Day on the hottest day of the year is not without irony. Still, a large group of growers has come to the World Horti Center to have themselves informed about the state of affairs in the horticulture with regard to water purification and zero emission, and also to hear how the availability of clean irrigation water can still be guaranteed in the future. 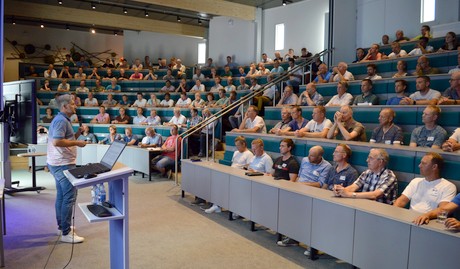 Jacco Vooijs, chairman Glastuinbouw Westland, list the challenges in the field of water. He also introduced Kennis in je Kas (Kijk) to the growers, a program in which the overarching crop research plant health, water, and energy will be coordinated and to which growers contribute €350 per hectare per year. You can find more information here.

Robert Ballings, Hoogheemraadschap Delfland: "These zero emissions will happen. Half the horticulture in the Westland is already 'without emissions'" The other half has not been chartered yet, but is also headed in that direction because, as the measurements show, water values are improving everywhere. On the other hand, the finishing touches are quite difficult. Is it possible that in case of leakages, calamities, cultivation change, maintenance, overflow, leeching and seepage, or even through small pipes and cracks you didn't even know were there, emissions still take place? Of course. Even with the best intentions and best effort of all parties, that absolute 0 is hard to achieve. 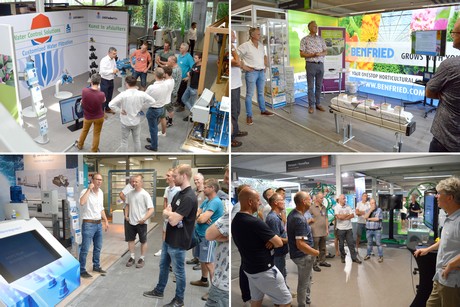 The second theme, the roads and techniques which are going to help us secure the water supply for the future, gets less attention of the national press than an excess here and there, but which are in fact much more interesting. In that regard, a lot of projects have taken place, which are each worth to follow. 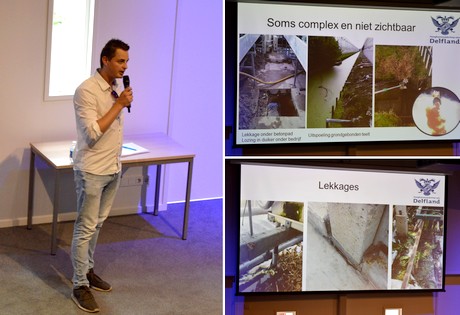 Robbert Ballings, Hoogheemraadschap, illustrates where it can go wrong.

Did you know that all waste water is drained to the river after purification? That is 10,000 m3 clean water per hour. In Spain, this so-called effluent water is easily given to plants, as also happens in other countries, and which could as well be done here. That we, who pride ourselves to be so good with water and horticulture, do not do this, is because we have had too much water most of the time, instead of not enough. In short, this must change, and to illustrate what needs to happen, Bas van Eijk, Evides Industry Water, explains the advantages and challenges involved in this. 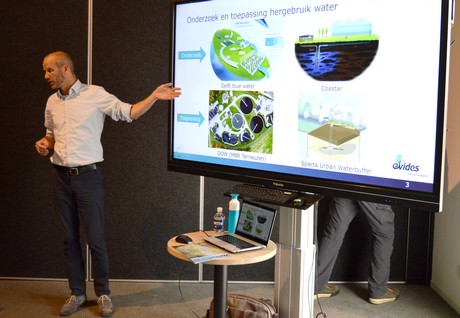 Another development being worked on by KWR is the further development of underground water storage. This buffering of water in the ground has been happening for decades, but has seen quite a development because of the horticulture, according to Klaasjan Raap. More specifically, the Westland, and other regions worldwide have to deal with salinisation of the soil. In the COASTAR project, research is done into the combined use of water buffering in the soil and countering salinisation. Various wells have built up quite a reference by now.

Also, a number of research programs are taking place, which have to help the grower to use his water more efficiently and clean it better. Think about research programs such as Kas als Energiebron and Glastuinbouw Waterproof. As an illustration, some were presented, such as a research by the WUR which shows that crops are able to process a bit more sodium than often is thought, or Groen Agro Control, which is charting the organic substances in the irrigation water and see how technique can be used for control. Of course, there is also a battery of suppliers in the horticulture which each have their own solutions for cleaning the drain.

The well-attended afternoon, organized by Glastuinbouw Nederland and Demokwekerij Westland, which was also important for extending the spray license, was concluded with drinks. That was not such a success, because outside was great and the beach was beckoning.