“Our goal was to create a foil that lasts longer regularly exposed to sulfur”, says Tom De Smedt with RKW Hyplast when asked about the company’s new greenhouse foil Grafeno. “Also we wanted to make sure that bees and bumblebees would thrive underneath it from the start of the season.” These goals were achieved – and then there was something else. “Thanks to a higher translucency growers achieve higher yield.” 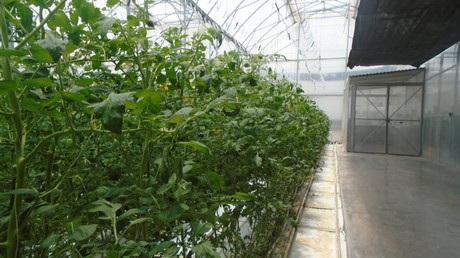 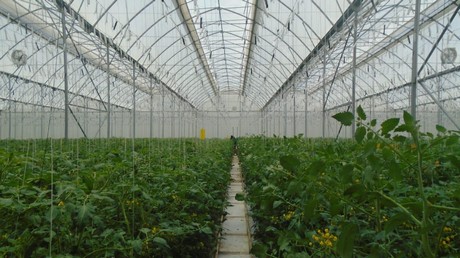 So Grafeno it is. At 200 micron (0.2 mm) thick the foil gives off 7,000 ppm, whereas an average foil will give off about 500 ppm, making it of higher resistance to regular sulfur exposure. Normally this increased protection against chemicals comes at a cost. Strengthening the foil would normally decrease its permeability for UV-rays – but Grafeno was developed in such a way that the complete UV-A spectrum penetrates the foil from day one. “Since various insects, including bees and bumblebees use UV-A to orientate themselves, it is of the highest importance that crops in need of pollination grow under a foil that allows the UV-A spectrum in the greenhouse. That’s what RKW Hyplast created with Grafeno.”

Higher light penetration
When the first users of the foil reported on their experiences, however, something interesting stood out to Tom. “Many growers messaged us saying that it was very bright in the greenery, more light seemed to penetrate than was expected. We redid some of our tests in the laboratory but the results remained the same. Still, more and more people sent us similar messages, and we thought: there has to be something.” 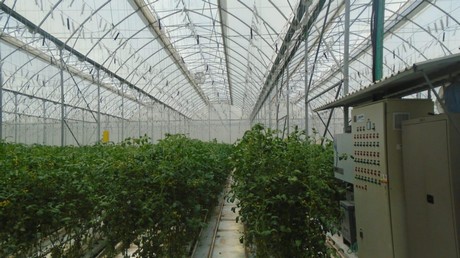 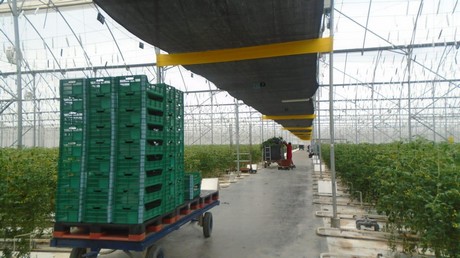 Hemisphere testing
RKW Hyplast contacted the Wageningen University to test the foil in different conditions. Normally these tests are conducted with the light being perpendicular to the foil, but these conditions are not realistic to daily greenhouse growing, in that the sun hardly ever is positioned precisely straight above the greenhouse.

At Wageningen University the foil was tested in a hemisphere, in conditions that more closely mimic real world situations. These tests turned up something incredibly surprising. “The foil reflects 3% less light than other greenhouse foil in real world conditions”, Tom shows. “Less reflection means more light enters the greenery, and more light means better yields. That came as a nice surprise.” 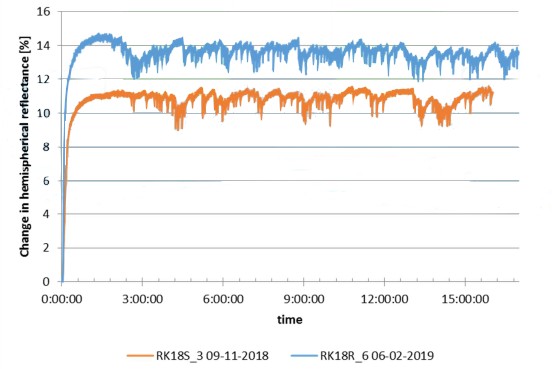 Pollination required
“The combination of high sulfur resistance with permeability for UV-rays and better translucency than other foils makes Grafeno a great option for cultivating crops that require pollination, such as tomatoes or soft fruits.”

The RKW Hyplast foils are used by growers all around the world. “We produce foils for specific circumstances: both climate conditions as other specific growers needs. Grafeno especially is of use to growers of crops in need of pollination and in places with high sulfur usage, like Mexico and Spain. In future we also want to add an AC-layer and opt for a diffuse version of Grafeno.”