Incitec Pivot Fertilisers is aiming for growth in the horticulture market, with two key appointments to marketing and agronomy roles to support horticultural growers and their dealers.

Alexander Papas is enjoying meeting growers and dealers in his role as segment manager for horticulture and sugar, like Conrad Leeks who has joined Incitec Pivot Fertilisers as technical agronomist horticulture, based in Adelaide.

Mr. Papas brings a family background in viticulture, marketing experience from the financial sector and a passion for horticulture to his role.

He is a Monash University graduate with double degrees in business and arts, majoring in banking, finance and international studies.

“It’s an exciting time to be involved in horticulture as Australia has enormous potential to take a stronger position in global trade among the world’s best and most innovative horticultural producers,” Mr. Papas said.

It’s a view shared by Conrad Leeks, who is working closely with Mr. Papas to meet Incitec Pivot customers and better understand their needs. 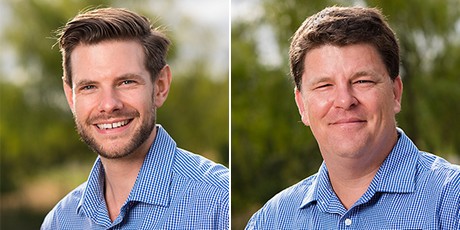 Mr. Leeks brings diverse experience in horticulture from Australia and overseas to his agronomy role.

In his previous role at Monsanto, he focused on the vegetable seed market, working closely with growers and plant breeders to develop new varieties, organise commercial trials and field days and manage key accounts, particularly in the expanding baby leaf market.

Early in his career, Mr. Leeks was based in north-east Thailand for six months and spent a year in Peru at a local council, where he designed agricultural projects for local schools and worked with coffee growers to increase their productivity.

As a result, he speaks fluent Spanish.

His formal qualifications include a Masters degree in agricultural science from Lincoln University in New Zealand.