The demand for cardboard boosts innovation in machinery

The end of plasticulture will involve a lot of cardboard

The supposed end of plasticulture is leading to an increase in the demand for machinery, and many packaging machine manufacturers see agriculture as a market niche. In this context, TMG®, a company specialized in assembly machines for mass production, is launching new lines to meet that demand.

"A large part of the plastic production is being replaced by cardboard, as the packaging formats made from the latter are becoming trendy," says commercial director Francisco Vargas.

Currently, the BQ-2 cardboard tray machine is gaining ground. "This new line is a revolution," says Francisco. "The cardboard tray is one of the most demanded formats."

"The cardboard tubs and trays are no new invention," says the commercial director. "However, the trends in fresh fruit and vegetable packaging are changing so quickly that the demand for machinery is very high," says Francisco Vargas. 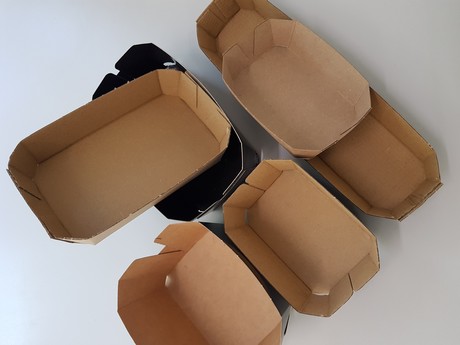 "The versatility of the various ranges of machinery (mechanical or pneumatic) allow for change to happen smoothly. The convenience and performance of the BQ-2 are superior, especially when it comes to mechanical machinery," says Francisco Vargas.

"The most popular materials are corrugated cardboard (microchannel or minimicro), compact cardboard and Kraft paper weighing up to 450 grams. The die-cutting makes it possible to use paper just like die-cut cardboard. The finer the material, the more difficult is the die-cutting and assembly. The machine must have great precision and TMG offers accurate and reliable machinery," explains Francisco Vargas.

"Tamegar controls the entire process, from start to finish: design, mechanization, software, assembly, installation, and most importantly, know-how and after-sales service, which is what makes us stand out," says Francisco Vargas. "The work on demand, based on the customer's needs, is the best investment. A good Technical Assistance Service is also essential, so a technician can be supplied within 24 hours anywhere in the world," says Francisco Vargas.

"Competition in this sector is huge, both nationally and internationally. The demand is increasing and we had never had as much work as we do now," says Francisco Vargas.

Furthermore, its new Altair line for platform tray and column assembly consists of machines with their own software and maximum versatility. Quick changes allow for greater productions at a competitive price. 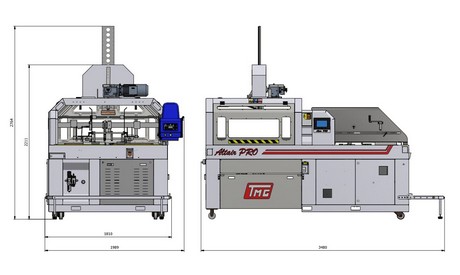 Tamegar has been an important Spanish company for the past 30 years. "Changes in regulations and new market trends are driving the demand for machinery. Our company has been forced to produce more and to offer added value, namely the software itself and the after-sales service," says Francisco.

80% of its production goes to the agricultural market, and the rest to the industry. A part goes to direct suppliers of large retailers, like Mercadona, which wish to mechanize their systems.

The company, based in the municipality of Elche, produces for the domestic market, and it also exports. It has offices in Chile, Peru, Mexico and Morocco, and in a few years, it expects to manufacture in those countries, as well.