Italy: Thirteen hectares of lettuce grown on a floating system

All types of lettuce are grown with the floating system on an area of 13 hectares. The whole system is automated to produce salad marketed under the brand name Ninfa. The location is Standiana, (Ravenna), near the large amusement park Mirabilandia, famous in Italy. "Here we also have fun with water - and we produce lettuce with water", entrepeneur Gianluca Rossi says. 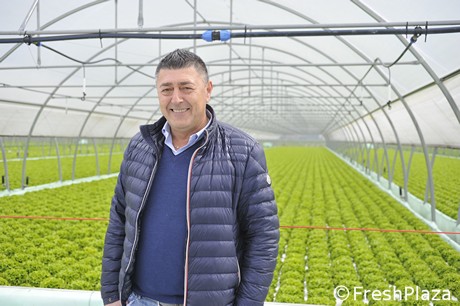 High quality
A production site of this size, with these technologies is not often seen in Europe. According to Rossi he gets positive responds on his systems, even from  the major seed companies in the world.

"The 13 hectares are part of a 100-hectare farm. The design took more than six years to complete and I did it myself together with the leading experts. I made many trips abroad before it was done", he recalls. 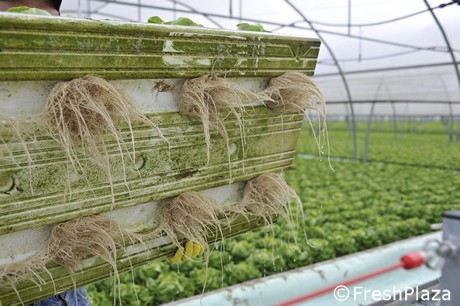 Here is how the roots appear in the support, just removed from the water 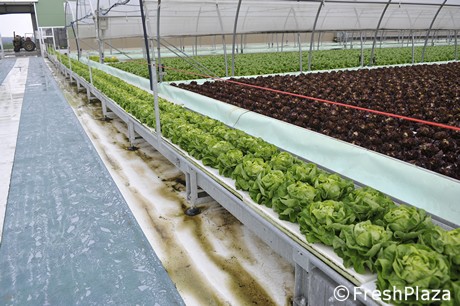 On the track, oriented in the direction of the processing warehouse, the panels with the lettuce.

Gianluca shows how everything is done with utmost care. "Our greenhouses only serve as protection, not to anticipate cycles. The production runs from mid-April to December, while in the winter months it is suspended."

The cultivation takes place with floating panels certified for contact with food. The roots are immersed in water. Nutrition is carried out with the classic triad of elements N, K, P and microelements. Weed killers are not needed, of course. Defence follows the technique of integrated control. 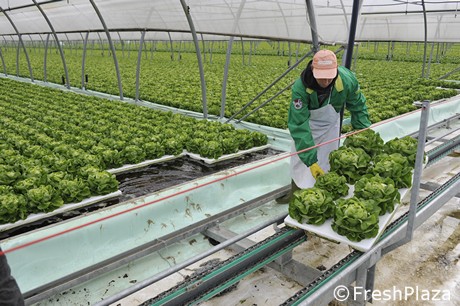 The positioning of the panels with lettuce on the railroad.

180 hectare land
"With traditional methods, adds Rossi - considering also the rotations, in the open field - it would take 180 hectares of land to produce what we can do in 13 hectares of floating system. In our case, the rotation is nothing more than the replacement of the "old" water that is not wasted but returned to the fields of the remaining 87 hectares of our company". 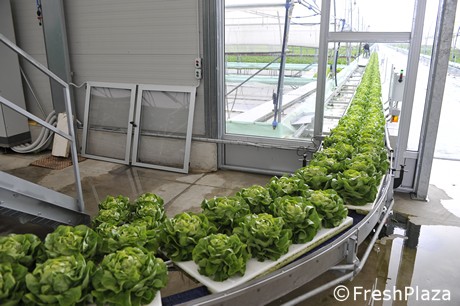 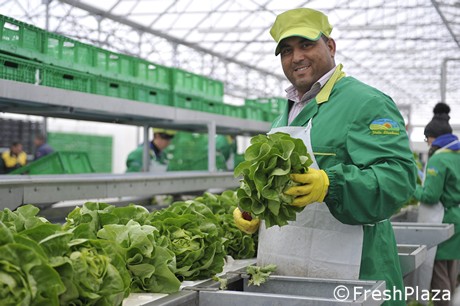 No water waste
At first glance, it might seem that there is a waste of water, but that is not the case. "Careful management allows for prolonged and waste-free use. With the same number of plants produced, the reduction in water consumption varies between 70 and 80% compared to a traditional method".

Here are some other numbers: 9 million cultivated plants expected in 2019, 4000 tons of products and 169,000 floating support panels. "Our history goes back a long way,  Rossi points out, because it was my father, from a very young age, who dedicated himself to the trade in vegetables. At a national level, we are already known for our activity as traditional producers, and now we want to make ourselves known for this new reality". 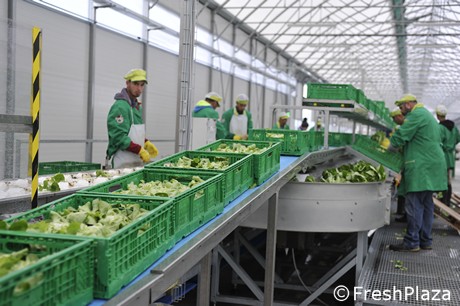 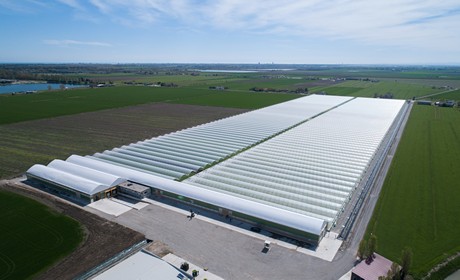 Aerial view of the Standiana farm. There are 13 hectares of greenhouses with lettuce grown in floating systems

Minerals
Water, like the earth, does not of itself, contain enough nutrients, but they are both a means of mixing, holding and conveying them. Unlike traditional methods, in the tank, the mineral salts are available only to plants that absorb according to their daily needs, excluding leaching, waste and dispersion into the surrounding environment or in the aquifers.

"More yields, less waste of nutrients, less water consumption, no forcing, concludes Rossi. There is a difference, even from an organoleptic point of view. The panel tests carried out on the Ninfa salad have shown a higher percentage of mineral salts than traditional crops, with a significant increase in shelf life.